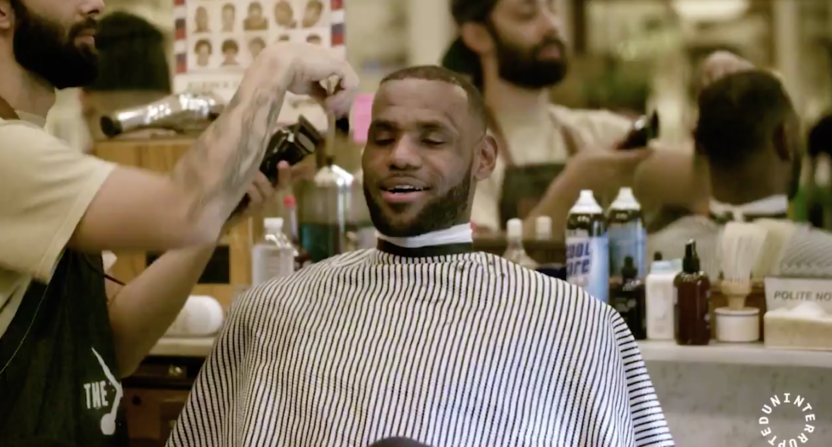 Earlier this month, LeBron James’ Uninterrupted platform made headlines when it sent a letter to the Alabama football program saying that the Crimson Tide’s “Shop Talk” show was infringing on the intellectual property of Uninterrupted’s similar series, “The Shop.”

Two weeks later, the tables have turned on LeBron and company.

On Monday, a Michigan businessman filed a lawsuit in federal court also alleging copyright infringement, this time against Uninterrupted. The man, Sebastian Jenkins, owns a company called The Social Club that is described in the lawsuit as “a dual-purpose barbershop and content studio whose mission, in addition to providing haircuts, is to support culture discussion, building community personal growth and diversity.”

Jenkins claims he developed the idea for “The Shop” and discussed it in 2014 with Uninterrupted employee Cree Nix, a co-defendant in the suit alongside LeBron and Maverick Carter. He says those conversations cut off when “The Shop” debuted in 2016 and that he never received proper credit for his role in developing the show, even after sending a cease-and-desist letter last year. Jenkins is asking a judge to halt future episodes of “The Shop” and award him any profits generated from the show, plus damages.

.@KingJames doesn't drive — unless he's got a droptop and a Christmas Day game to get to. #TheShop pic.twitter.com/27n7Tq0WfZ

Without a law degree, it’s tough to say how strong of a case Jenkins has against LeBron, but we can say this: This is a whole lot of fuss about a show that has run only two episodes.

Let’s recap the last few weeks of barbershop sports show drama. In late March, Alabama released a trailer for a show called “Shop Talk” in which Nick Saban, Julio Jones and various Crimson Tide players crack jokes and banter about various subjects. After Uninterrupted alleged that the university had stolen the idea, LeBron and Saban traded barbs, with the coach promising Alabama’s show would go on. ESPN reported, however, that Alabama and Uninterrupted were working productively toward a compromise.

Regardless of how both Jenkins’ lawsuit and Uninterrupted’s strong-arming of Alabama eventually play out, it seems safe to assume the next people to produce a talk show in a barbershop will want to invest in some very good lawyers.