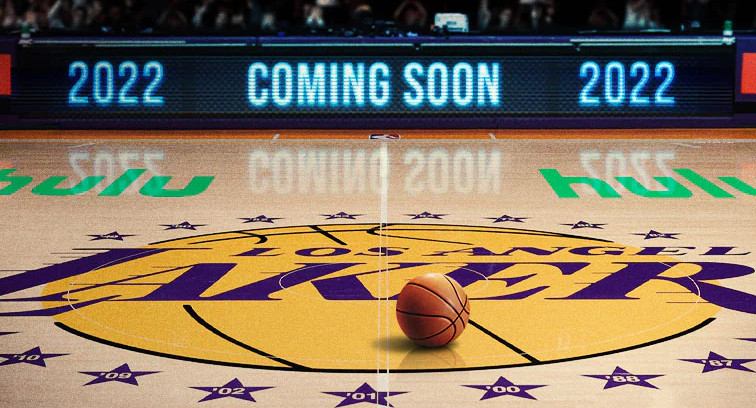 Back in 2018, we wrote about a planned five-part documentary series on the 1980s Los Angeles Lakers, put together by the team, Haven Entertainment and the LA Media Fund. That series doesn’t appear to have ever come out, but its seeds can be seen in a new release about a nine-part documentary series on the Lakers’ since-1979 history that’s now set to air on Hulu next year, one that comes from the same Lakers/Haven/LA Media Fund partnership but has a different director attached in Antoine Fuqua. Here’s more on that from a Lakers’ release:

The series details the past four decades of the Lakers, and contains colorful and emotional new interviews from over 35 people within the organization, including the Buss family, legendary coaches Pat Riley and Phil Jackson, and NBA Hall of Famers Magic Johnson, Shaquille O’Neal and team captain Kareem Abdul-Jabbar, among numerous other current and former players. Also featured are interviews with a range of high-profile fans and a treasure trove of archival footage featuring never-before-seen interviews with the Lakers late owner, Jerry Buss.

…“When Dr. Buss bought the Lakers in 1979, he sat alone at center court of the Forum and thought of all the possibilities. But even in his wildest dreams, my father could not have imagined what the next decades would bring for our organization, our league and our city of Los Angeles. I am thrilled that the true story of the Lakers will finally be shared with the world — and that we are in such capable hands with Hulu and Antoine, a director whose storytelling I’ve admired for years,” said Lakers’ CEO and controlling owner Jeanie Buss.

Jeanie Buss’ “true story” comments there are quite interesting, as the Lakers certainly haven’t been undercovered. Their rivalry with the Boston Celtics got a two-part 30 for 30 in 2017, various Lakers’ stories featured heavily in the ambitious Basketball: A Love Story project, and there have been countless other documentaries on individual Lakers’ players and Lakers’ topics, so many so that Thrillist put together a “The Five Best Lakers Documentaries Of All Time” list in 2015 (around the premiere of HBO’s Kareem: Minority of One). And at the moment, there appear to be other documentaries in the works on Magic Johnson and Kobe Bryant, plus HBO’s scripted series on the 80s Lakers. So it’s unclear what “true story” has yet to be shared with the world, except for perhaps if we sub in “team-approved” for “true.” And Buss’ comments on this project a few weeks ago on Showtime Basketball’s All The Smoke video podcast (which came before this series officially landed at Hulu) suggest there will definitely be a team-approved approach here:

“We are making a nine-part docuseries about the Lakers starting from when my dad bought the team in ‘79. Very much, I think people enjoyed ‘The Last Dance,’ so we’re going to give the fans what they’re hungry for.”

“The docuseries will tell the story, especially in the context of my dad buying the team until we won the championship last year, and how it all weaves together and how my dad had really hoped there would be a day that Magic and I would work together, running the team. It was Magic coming back and standing with me, beside me, that helped me make the changes that were necessary in order to get the team back to being competitive. My dad really saw that.”

Well, hey, plenty of people manage to tell stories about teams without team approval, and that sometimes leads to better and more accurate stories. (Interestingly enough, the HBO scripted series is reportedly based on Jeff Pearlman’s book, which is certainly not a team-approved or sanitized version of events. So it could wind up being quite different from this Hulu project even before you get to the differences between a scripted series and a documentary.)  And that’s going to be a notable element to watch with this Hulu series; having Buss and the Lakers so involved in it suggests there’s the potential for this to leave some things out, and to tell some of these stories from a particular slant.

But that was the case with The Last Dance, too, especially in its lauding of Michael Jordan (whose production company was involved) and in the criticisms it took from others. And that still wound up being a highly-watched and often-praised documentary that won awards, and something similar could happen with this Lakers’ series if it’s done well. And Fuqua certainly has an impressive resume, from Training Day through the 2016 version of The Magnificent Seven through recent sports work like What’s My Name: Muhammad Ali and The Day Sports Stood Still.

And while Ken Burns’ “That’s not the way you do good journalism” critique of The Last Dance for the involvement of Jordan’s production company (it should be noted that that was a critique of the concept, not the series; he hadn’t watched it at that point) has some merit, the sports world we currently live in has a lot of players, teams and leagues very involved in many of the projects about them. And it’s notable that projects like The Last Dance and this current Lakers’ one likely would not happen (at least not at anywhere near this length) without participation from key figures, like Jordan in The Last Dance and Buss in this project, and that those figures are much more likely to participate in a project they have some stake in.

So it’s not necessarily a choice of “get this as an independent series, or get it with team involvement.” The more accurate choice is likely “get this series with team involvement, or don’t get this series.” And also, part of what made The Last Dance work was that while a lot of it was Jordan’s perspective, it wasn’t sanitized to the point of always making him look good, as the million “And I took that personally” memes have illustrated. The Last Dance, even for the criticisms it took, showed it was possible to tell at least an entertaining story with that level of athlete involvement, and it did present some new and interesting material; its particular point of view just needed to be kept in mind by viewers.

And that’s the best-case scenario here. This docuseries really seems pretty unlikely to be “the true story of the Lakers” with this level of team involvement, but it could definitely be “an interesting story about the Lakers, with a lot of the Buss family perspective.” And if it’s done well, there’s plenty of merit to having that in the world. But if it’s not done well, a series of this length may be a hard sell for many, especially in an era when there are so many other options. We’ll see how this turns out, and how it’s received.