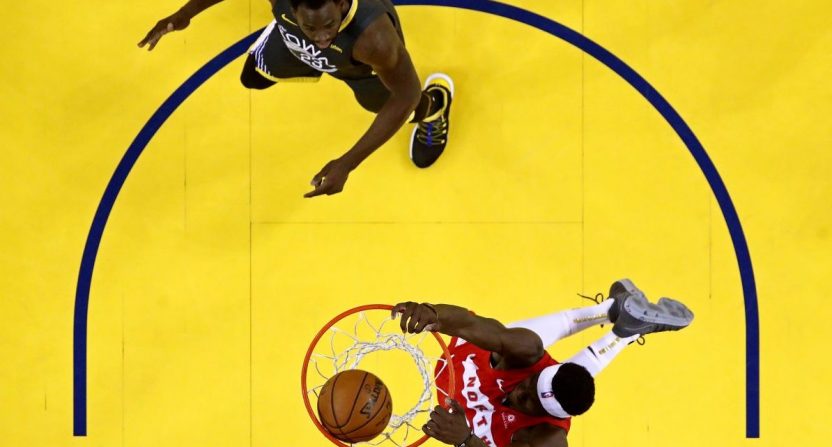 The NBA isn’t afraid to retool various fundamental aspects of the league, from changing the lottery odds in an effort to combat tanking to adjusting salary structures to try and give smaller markets an advantage in keeping star free agents.

Not all of their measures have worked, of course; stars have demonstrated that market and team situation still matters more than money. While the lottery changes have made it slightly harder to guarantee a top pick by tanking, but teams have never really cared about suboptimal odds before. (Though it did kind of hurt the Knicks this year, which was fun.) Now, thanks to reporting from ESPN’s Adrian Wojnarowski and Zach Lowe, we know the NBA is considering some major changes to the schedule and the playoff format.

The NBA is engaged in serious discussions with the National Basketball Players Association and broadcast partners on sweeping and dramatic changes to the league calendar that would include a reseeding of the four conference finalists, a 30-team in-season tournament and a postseason play-in, league sources told ESPN.

These scenarios would come with the shortening of the regular season to a minimum of 78 games, league sources said.

According to Woj and Lowe, the league is targeting the 2021-2022 season for some or all of these changes. These moves obviously all seem aimed at increasing the importance of the regular season, which is clearly something the NBA and the league’s broadcast partners consider an important topic, as we’ve seen during the various load management debates that have popped up this year.

The league had apparently considered an All-Star Weekend final four for the tournament, but the union understandably had concerns:

The NBA and NBPA are finding common ground on a post-Thanksgiving tournament window that would extend into mid-December, league sources said. Months ago, the NBA had proposed a late January-February tournament that would culminate with a Final Four during All-Star weekend, sources said. That idea faded fast. Both the union and team executives expressed concern over that idea. The NBPA was resistant to shortening players’ All-Star breaks and requiring some to potentially participate in the in-season tournament and All-Star weekend.

The in-season tournament would likely take place very early in the year to avoid big ratings moments in other sports, necessitating some schedule changes as regular season divisional games would make up a group stage of sorts:

As for timing, there was uncertainty about whether holding the tournament in January would risk losing viewership and media attention to the NFL playoffs. Running into March would mean competing with college basketball. The post-Thanksgiving window gives the NBA the chance to compete only against conference bowl championships and less consequential early bowl games.

The NBA has been reluctant to shoehorn tournament games onto the Christmas Day schedule; the league (and its network partners, including ESPN and ABC) wants to make sure every Christmas game features elite teams and franchises from the biggest markets.

There’s also the re-seeding element of the discussion, with the goal of improving the quality of the NBA Finals matchup, which has been in question the last few years as many looked to the Western Conference Finals as the true championship series. (Obviously Toronto disproved that point last year, though there were plenty of extenuating factors as well.)

The play-in games would function as a sort of an MLB Wild Card game-meets-NCAA First Four, designed to give more teams a chance to make it in with the hopes of reducing tanking while also giving teams an incentive to play for the top six seeds (increasing the importance of the regular season.)

Theoretically this all sounds workable, at least, with varying degrees of sensibility to each proposal. It’s now up to the league, the union, and the networks to hammer things out.