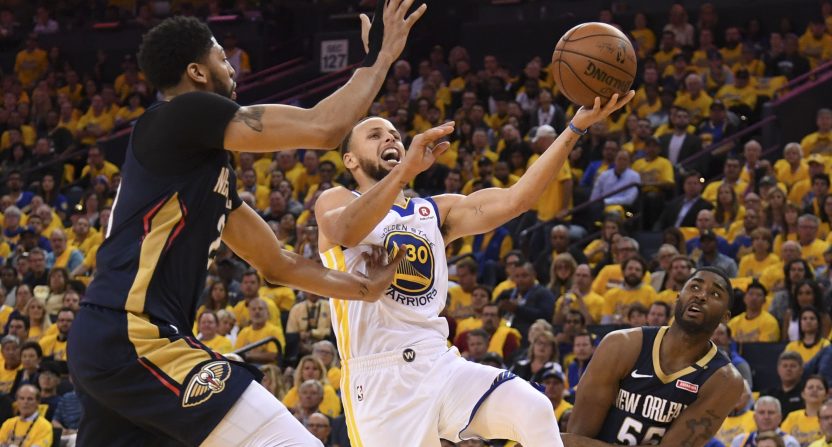 NBA ratings were up during the regular season on national networks. They were also up on local networks. Then they were up during the first weekend of the playoffs. Then they remained up through the rest of the first round, culminating in one of the most-watched first-round game in years. And, according to Sports Business Journal’s Austin Karp, they were up again in the conference semifinal round.

Karp reports that the second round on ABC, TNT and ESPN was the best of any second round since 2013 and that the playoffs overall have been up 2 percent year-over-year from last year.

As the NBA’s positive viewership news keeps coming, it’s hard to come up with a better explanation than the simplest one: People really like pro basketball these days.

And frankly, there’s a lot to like. LeBron James has been as dominant as ever. Steph Curry is back. James Harden and Chris Paul are rolling. The Celtics have become a compelling underdog story. Even though the games haven’t always been close this postseason, the storylines have been irresistible all along.

The downside for ABC, ESPN and TNT is that the series have not lasted long enough to fully milk viewership. No conference-semifinal matchup reached even a sixth game, and (as Anthony Crupi points out on Twitter) the round as a whole featured only 19 of a possible 28 games, down from 21 last year. The networks certainly would have preferred a few more games of LeBron, Steph and Harden.

But ultimately, the second round was a success from a television perspective not only because viewership was strong but because the right teams moved on. The Warriors and Rockets will meet in the Western Conference Finals in one of the most anticipated series in years, a matchup much more enticing than last year’s Warriors-Spurs clash. And the Celtics-Cavs set figures to be closer and more compelling that the teams’ meeting in last year’s Eastern Conference Finals. No need for NYC, Chicago and LA

In other words, the good ratings news for the NBA probably won’t stop here.