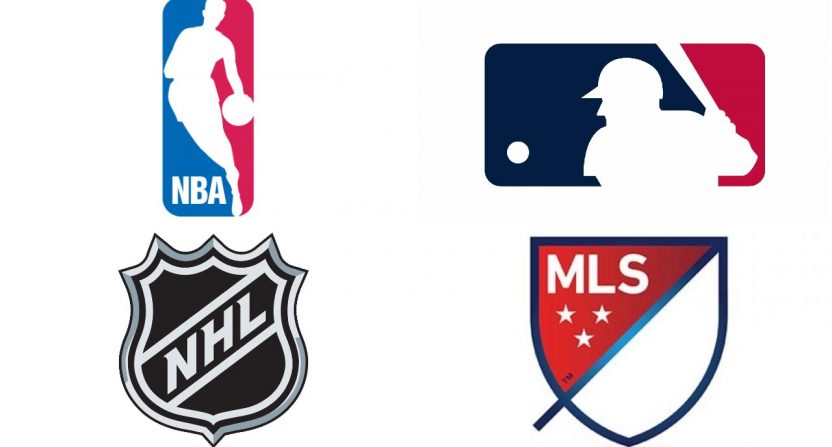 Over the weekend we learned both the NHL and NBA were considering barring media from locker rooms (among other measures) in response to the increasing spread of the Covid-19 coronavirus.

This evening, in a fairly unprecedented move, four American sports leagues issued a joint statement announcing that they will all be ending media locker room access as part of a coronavirus response plan. 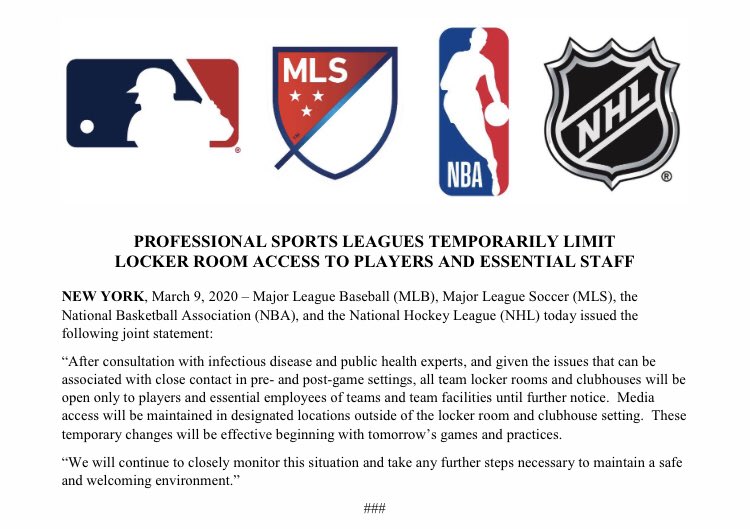 Prior to that statement, ESPN’s Adrian Wojnarowski and Brian Windhorst reported that the NBA was going to be implementing these rules.

The league notified teams on Monday that they’ll need to eliminate what the NBA considers to be non-essential team personnel — including media members — from locker rooms, sources said.

The NBA considers coaches, general managers, basketball and public relations staff to be among those who’ll have continued access to players in the locker room, sources said. The NBA is preparing for media access outside of locker room settings that include a directive to keep players and media at a distance of six-to-eight feet, sources said.

The NBA told teams on Monday that these actions were among recommendations of infectious disease and public health experts, sources said.

This revelation comes on the cusp of the NBA scheduling a conference call with league owners and governors for Wednesday afternoon, league sources said.

Meanwhile, Woj’s ESPN colleague Jeff Passan reported that MLB will be instituting similar policies, in which he reported that the league as of now will be continuing to play games as scheduled:

Major League Baseball remains committed to playing a full slate of spring-training games and starting its regular season on time but joined the NBA in closing locker rooms to media to prevent potential spread of the coronavirus, sources tell ESPN.

During a conference call with ownership Monday evening, the league continued forward with its plan to stay on schedule for a March 26 opening to the season, sources familiar with the call told ESPN. MLB acknowledged that its tack could change at any time and tasked teams with drawing up contingency plans – including the possibility of playing games in alternate locations should the virus spread affect a particular metropolitan area, sources said.

The closure of clubhouses to media will be temporary, sources said, and will be replaced by press conferences. Further access to players will be possible, but they will be advised to keep a 6-foot distance from reporters during interviews.

It’s obviously unusual to see leagues collaborate like this, and it highlights just how seriously they’re taking the situation. (That they’re still willing to let tens of thousands of fans pack in to watch games feels a bit incongruous at this point, although admittedly this is a much easier step to take first.)