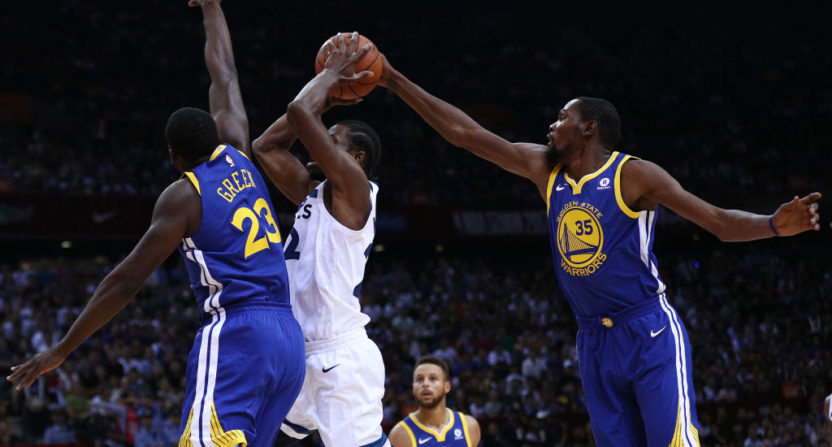 As we’re set to begin a new NBA season, the league’s over the top streaming package, League Pass, is set to offer some new features and ways to hook the hoops fan. Among the new packages are a premium tier that offers in-arena streams during breaks as well as virtual reality and a monthly option.

The premium package, which will run $249.99 for the entire season, offers in-arena coverage, even during commercial breaks. Viewers will see team huddles, live entertainment, and other scenees from inside the arena that aren’t seen while commercials are run.

There are other options for fans as well, including a virtual reality package for $49.99. That will be a season-long subscription that will allow fans to see games in virtual reality on their Samsung Gear VR, Google Daydream, and Windows Mixed Reality devices. Fans will be able watch games as if they’re actually at the game, and VR games will be available to premium, traditional, single-game, and international subscribers.

There’s also NBA Mobile View, which was introduced last year and provides zoomed-in feeds of games that are catered to small mobile screens.

NBA fans do have options to watch their favorite teams, whether they want to see games without commercials, in the traditional way with ads, in virtual reality, or through whichever platform they desire.