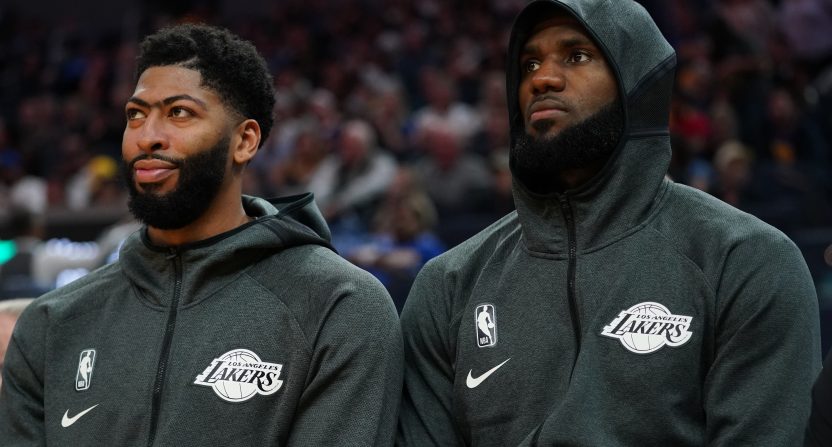 Yesterday, the Chinese government canceled media availability for the Lakers, Nets, and NBA commissioner Adam Silver ahead of the first of two exhibition games set to be played. The game went on as scheduled but without sponsors (the Nets won, 114-111, perhaps the least cared about final score ever), and Saturday’s game is apparently being played as well.

There won’t be media availability for the rest of the trip, though, and this time it’s an NBA directive. ESPN’s Dave McMenamin reported this morning that the league and the union agreed that players would be put in a difficult situation.

The Nets’ 114-111 victory over the Lakers in Shanghai on Thursday was able to happen only with a stipulation by the Chinese government, mandating that no media availability of any kind be held at the game and that NBA commissioner Adam Silver cancel his pregame news conference.

The league is adopting the same temporary policy for Saturday’s game in Shenzhen.

“We have decided not to hold media availability for our teams for the remainder of our trip in China,” the NBA announced in a statement Friday. “They have been placed into a complicated and unprecedented situation while abroad and we believe it would be unfair to ask them to address these matters in real time.”

The league is also stressing that they’re not preventing players from speaking out; rather, they’re giving them the ability to choose to do so, instead of being forced to sit on a dais and avoid questions they might not want to speak truthfully about given their presence in China itself. (As McMenamin notes, Saturday’s game is being played only 20 miles from Hong Kong.)

At this point, it’ll be interesting to see what the league and the players say when they arrive back home from the trip. Until then, though, we’re not getting anything from them except one more exhibition game.