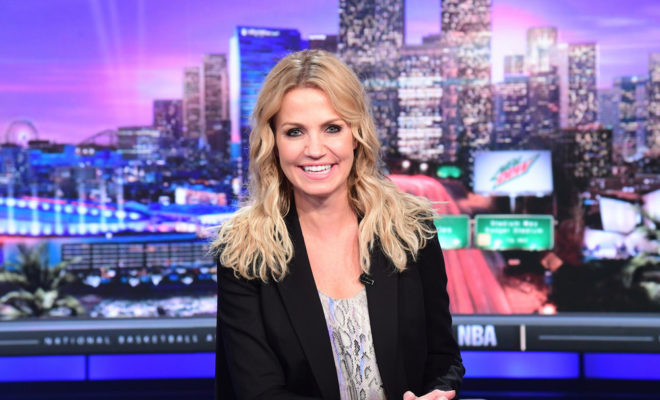 For the upcoming NBA season, Beadle has once again added NBA responsibilities, joining the San Antonio Spurs broadcast team. That’s according to a team release; Beadle won’t be a full-time member, but will instead join select broadcasts in a unique role.

Veteran broadcaster Bill Land returns for his 19th season of calling Spurs basketball as the lead play-by-play announcer and former Spur Sean Elliott is in his 21st year as the lead analyst. Former Spur Matt Bonner is back for his fourth season at the studio desk alongside primary host Dan Weiss. Fans will notice two new additions during select broadcasts this season – former sports reporter Michelle Beadle as a special correspondent and former Spurs center Fabricio Oberto as a studio analyst.

Beadle is a pretty solid addition for the Spurs, and it’s nice when a local broadcast is willing to do things a bit differently throughout the year. That can go badly sometimes (see: whatever the Marquee Network is thinking with constantly rotating guest hosts) but when done well, it helps break up the inherent monotony of an 82-game season.

Hopefully Beadle can have some fun with this throughout the year.