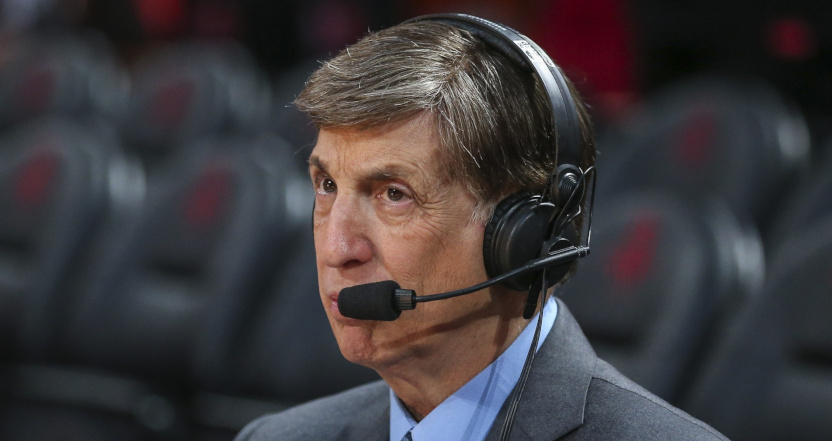 Turner Sports is home to Marv Albert, a commentator with a 55-year career broadcasting the NBA games that landed him in the Hall of Fame. So, it is with sadness and perhaps inevitability that he has announced his decision to finally retire his microphone after the NBA Eastern Conference finals this year.

A Privilege and Joy

Speaking of his time in the industry, Albert remembers fondly the fantastic talented people he has enjoyed working with. Still, he says, tongue in cheek, that he is looking forward to practicing ballroom dancing and learning more about gardening. In his long career, he developed a unique style that fans loved to listen to and came up with some cracking catchphrases whether he was commenting for the radio or television. He was part of the commentary team that went to the 1992 Olympic Games and has provided entertainment over 13 NBA finals and 25 NBA All-Star games, as well as many others.

Nothing beats the excitement of a live NBA game; players strive to be the best and the atmosphere is electric. Not only is there to support their favorite team, but fans also win bets, and the excitement is made all the more potent by the competent voices of the commentators who bring the play to life. 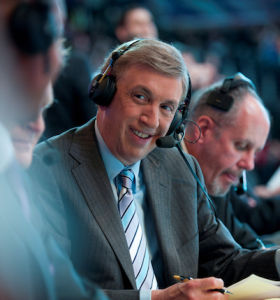 Turner Sports are naturally sad to see the end of an era and have announced that a unique 30-minute tribute collaboration will be presented at the NBA Eastern Conference finals. It is thought that this will celebrate his career and relive some of the most memorable calls that he has made during his time on the commentary bench. Such is his popularity that there has been no shortage of tributes flooding in from many of the big names within the industry.

Chairman of Warner Media News and Sport, Jeff Zucker, spoke of his appreciation for what he called a broadcasting legacy that will stand the test of time. He thanked Albert on behalf of himself and all of his colleagues for his five-decade career. The commissioner of the NBA, Adam Silver, also spoke highly of Albert, saying he was one of the most closely associated voices that will ever be remembered in basketball. He also enjoyed growing up listening to the commentary from this remarkable man and said that his place in the Hall of Fame was very much appropriate for the service he has given to basketball.

Albert has spent 22 years with Turner Sports, 19 of which were as a play-by-play announcer for the NBA. As well as commentating on NBA games, he also took to the mic for the 2002 World Championships of basketball, the 2001 Goodwill Games, the NCAA tournaments, which spanned from 2011 to 2015, and the Wimbledon Championships from 2000 to 2002.

As a youngster, Albert proudly took a position as a ball boy for the New York Knicks, but in 1963 his professional career finally began. Marty Glickman, one of the most iconic radio broadcasters, took him under his wing. Eventually, Albert took the baton from his mentor to become the voice of the New York Rangers, this was in 1965, and just two years later, he returned to the Knicks once more as their voice.

In the 1968 playoff run, fans were eager to hear his voice, and he became a firm favourite with the Knicks supporters. It was at one of their matches when Dick Barnett, a Knicks guard, made an impressive jump shot, and for the first time one of his catchphrases was born as he yelled, “Yes!”. In 1986 he moved from radio broadcasting to television as the Madison Square Garden cable network saw his potential, and he became a caller at the Knicks games.

From 1977 he also took work with NBC Sports and was their primary play-by-play voice when NBC first started broadcasting NBA games in 1990. As an accomplished sports commentator, he was also in high demand to announce boxing, college basketball, NHL, MLB and NFL events that took place on the NBC network.

Being such a fan favourite, it was almost a given that he would be the voice at any major NBC sporting event, but it was not just this network that benefited from his remarkable prowess. From 2011 CBS installed him as the play-by-play announcer for the NFL, and Westwood 1 radio managed to secure his services for Monday Night Football for a period from 2002 to 2009. He was certainly kept busy, also becoming the voice of the New York Rangers. He also called eight Super Bowls on the radio and eight Stanley Cup finals. 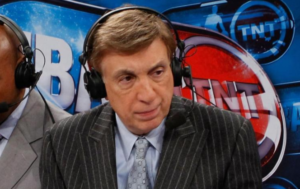 Over the years, he has been named New York Sportscaster of the year 20 times and has also won the CableACE award and was the Sports Emery Award winner on more than one occasion. Keeping it in the family, his wife Heather is also an Emmy Award winner as a producer with NBC and ESPN.