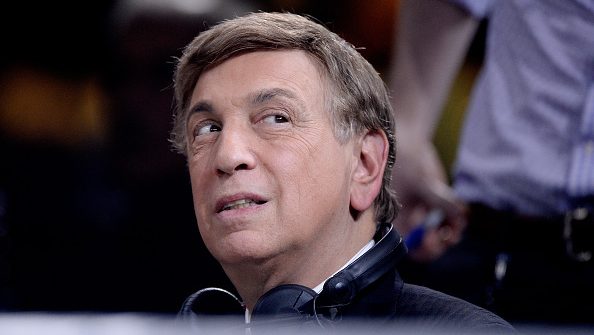 As he nears retirement following the end of the NBA’s Eastern Conference finals, Marv Albert will be back on-site to broadcast the league’s playoff action. Albert and analyst Reggie Miller will call Wednesday’s Game 5 of the Atlanta Hawks-New York Knicks first-round series.

This will be the first time since March’s NBA All-Star Game that Albert will be broadcasting in the arena. Since then, the veteran has worked remotely, either from New York or in TNT’s Atlanta studios.

Albert told USA Today‘s Mark Medina that broadcasting remotely was “a challenge,” largely because he and Miller or Grant Hill were in different locations, couldn’t see each other, and would end up stepping on each other’s words.

According to Turner, all of its NBA announcing teams will be on site beginning with the playoffs’ second round and for the remainder of the network’s postseason run.

Turner Sports will celebrate many of his best calls during the NBA Playoffs and air a 30-minute tribute to the legendary broadcaster during the Eastern Conference Finals.https://t.co/faP4betuor pic.twitter.com/Vv2zx6BPXe

The conversation between Albert and Medina naturally turned to the veteran broadcaster’s decision to retire after the season. Asked if there was any one moment that compelled his decision, Albert said he’d been considering retirement during the past three or four years. But opting out of last year’s restarted season in the Orlando bubble due to COVID-19 concerns helped him accept life away from the broadcast booth.

“I found the pandemic – obviously I feel terrible for people who had have problems and suffered with it – but it was a rehearsal for retirement,” Albert told Medina. “I just felt this should be it. I’m going to be 80 years old. I feel great and I’m healthy.”

While announcing his retirement, Albert joked that he would work on his gardening and ballroom dancing skills. He may also binge more TV, something he enjoyed during his hiatus last year, in addition to going to more baseball games.

Other topics Albert and Medina discussed include working alongside Reggie Miller at Madison Square Garden and the trend in unruly fan behavior that we’ve seen during the NBA Playoffs, including a spectator throwing a water bottle at Kyrie Irving and Russell Westbrook having popcorn dumped on him. Albert also recounts the origin of his signature “Yes!” call and names his favorite moment in broadcasting. The whole interview is worth reading.