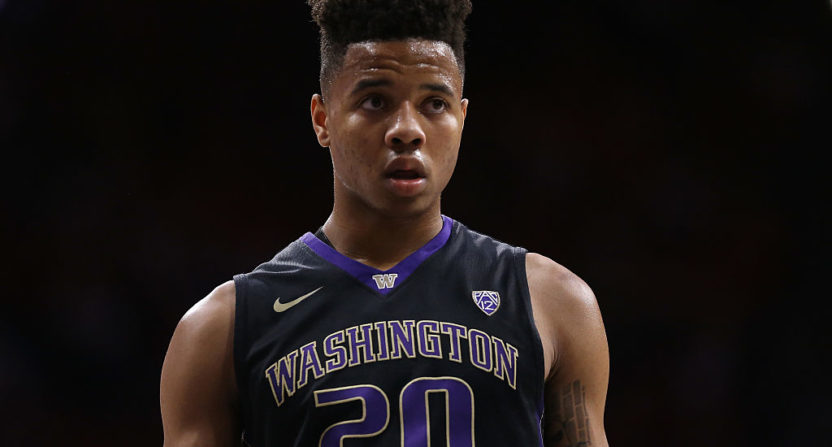 Last week, Philadelphia Inquirer columnist Bob Brookover wrote a column headlined, “Risk and price too high for Markelle Fultz,” in which he argued the 76ers shouldn’t have traded for the No. 1 overall pick in the NBA Draft because Washington point guard Markelle Fultz is no good.

The catch was that Brookover admitted in the first sentence of the piece that he had never actually seen Fultz play. He was basically basing his entire opinion on the fact that Fultz’s Washington team went 9-22 last season.

listen i confess ive never had sex but if its any thing like peeing its way overated pic.twitter.com/62ItzfJM6v

Well after Brookover’s piece was the subject of much internet ridicule, the hosts of Barstool’s Pardon My Take podcast figured they’d bring it up to Fultz himself. So they explained to Fultz what the column had said and asked the point guard for his reaction.

That’s funny. Because first of all, I’m glad he wrote that because that’s motivation. I’m gonna prove him wrong. How he gonna say something when he ain’t watch me play?

He really didn’t look at none of my resume, he just looked at college, because all my other [teams] did pretty well. … U18 gold medal. High school, I think I lost like four games in two years.

Fultz seems to have a healthy attitude about being judged by someone who knows nothing about him, which is good to see. Because once he’s the No. 1 overall pick and an NBA star, he’ll have to get used to newspaper columnists (and everyone else) having silly opinions about him.