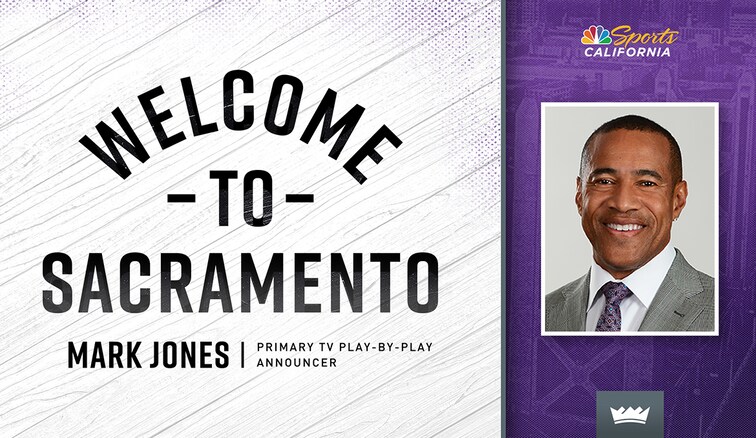 Following Grant Napear’s resignation from the role of Sacramento Kings’ TV play-by-play announcer in June and Gary Gerould filling in on an interim basis for the conclusion of the 2019-20 season, the team has now found a new full-time voice for that role in Mark Jones. Jones has been with ABC and ESPN since 1990 (after four years with Canada’s TSN before that) and has called lots of national games for those networks in both basketball (including from the NBA’s Orlando bubble this year) and college football. Now, he’ll be heading to the Kings’ NBC Sports California broadcasts and joining returning analyst Doug Christie ahead of this coming season (which looks set to start Dec. 22).

As per the Kings’ release, Jones will continue to work with ABC and ESPN as well. They’ll have an additional play-by-play voice (to be announced) filling in when he’s on national duty. Here’s more from that release:

“We are delighted to welcome Mark to the Kings family and watch him partner with Doug to form a new, dynamic broadcast team for the franchise and its proud fans,” said Kings Owner and Chairman Vivek Ranadivé. “Throughout his impressive career, Mark has amassed a tremendous wealth of experience broadcasting some of the largest events this league has hosted. We are excited he has chosen to continue his career in Sacramento as we look towards the bright future of this organization.”

“Mark is an exceptional NBA broadcasting talent, as evidenced by his long and successful career on both a national and local level,” added NBC Sports Bay Area/California Senior Vice President and General Manager Matt Murphy. “We’re thrilled to bring Mark on board and look forward to pairing him up with Doug for our expert Kings coverage beginning this season.”

“I am thrilled to join the Kings broadcast team. During my years of covering the league extensively, Sacramento has always stood among the top for its passionate and deeply loyal fan base,” said Jones. “I am thankful to Vivek and the organization for this incredible opportunity. My family and I are excited to move to Sacramento and become a part of the community.”

This will be a change, as Napear had mostly held the main TV role with the Kings since 1988 (Gerould, who’s mostly called the Kings on radio sine 1985, held the main TV role from 1994-95 through 1997-98, with Napear on the radio side at that point.) And there weren’t many games this year for fans to get used to someone other than Napear on the call; the Kings only played eight seeding games following the NBA restart, and did not qualify for the playoffs.

It’s notable that Jones will continue his national work with ABC and ESPN in addition to joining the Kings. He’s been a versatile presence for those networks for decades now, at times covering the WNBA, college basketball, and the NHL in addition to the NBA and college football. He took on a particularly larger role with ESPN/ABC NBA coverage in 2016 following Mike Tirico’s departure for NBC. And now he’s adding some prominent local work as well.