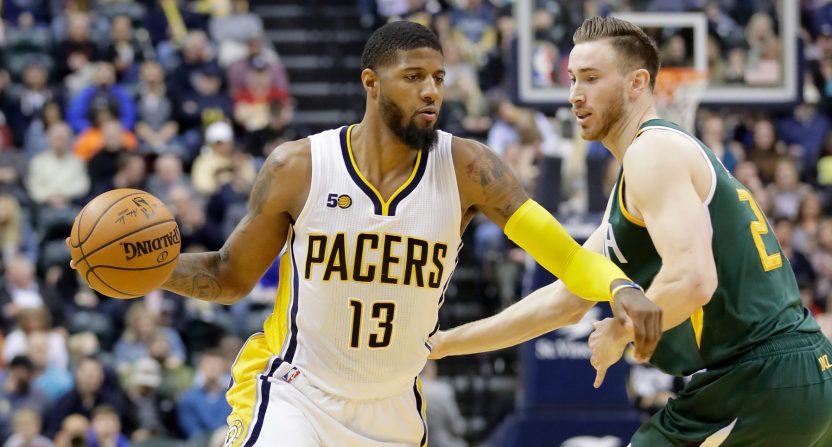 Just like NFL ratings last fall, NBA television viewership took a dive during the 2016-17 season, according to an analysis by Sports Business Journal.

The SBJ analysis, which looked at local ratings for 27 of the 30 NBA teams, found a 14 percent drop from the previous year. Twenty regional sports networks reportedly saw their ratings decline, including 15 that experienced double-digit decreases.

National television ratings were also down in 2016-17, suggesting a broader trend in NBA viewership.

SBJ posits several potential explanations for these drop offs. For one thing, much of the ratings decline came early in the NBA season, when games were competing with presidential election coverage on other cable networks. Competition with political programming was also a popular explanation for the NFL’s poor ratings.

Former CBS president Neil Pilson is quoted in the SBJ piece attributing the drop in ratings to poor performances from teams in the NBA’s biggest markets.

“The league is getting a large amount of national attention, with LeBron, Golden State and Russell Westbrook all national stories but what you still like to see are the major markets doing well and rating well,” Pilson said. “Chicago did not have an exciting team and the Knicks and the Lakers were dreadful, and that does have an impact. You also have to deal with the growth of unrated social and digital media deliveries. You have people now that don’t have to be at home to watch.”

That’s an interesting theory, but it doesn’t quite hold up to scrutiny. The Bulls, Knicks and Lakers were not much less interesting than they were a season ago. And the Cavaliers and Warriors both experienced double-digit ratings declines (though they still had the highest ratings in the league), so even the NBA’s most exciting teams are not immune to the trend.

The most persuasive explanation for the ratings decline is the most simple one: People don’t have to watch games on TV anymore. As a Spurs executive acknowledges in the SBJ story, fans can now stream games online or follow along on social media and still be part of the conversation.

NBA ratings might bounce back a little next year without competition from election hysteria, but this report looks like another data point suggesting regional sports networks may have already seen their best days.