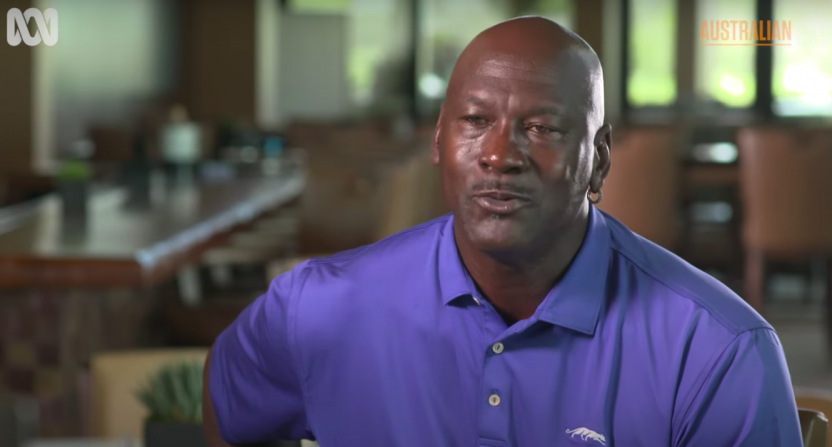 Aside from being a ratings bonanza and award-winner,  The Last Dance was hailed by many as a great viewing experience that brought together Michael Jordan and many of the people involved with the Chicago Bulls’ six NBA title runs in the 1990s. The documentary series did deal with plenty of criticism, concerning the control that Jordan wielded over the final product as well as the way that some of his teammates were presented.

While many members of the Bulls’ roster from that time period appeared at some point in the documentary series, one noticeable absence was Luc Longley, the Australian big man who played for the Bulls between 1994 and 1998. As a member of three NBA championship teams, including Jordan’s last title, Longley certainly could have provided some insight of his own of what it was like and how it felt to play alongside MJ.

Longley told Australian network ABC that he was disappointed to not be involved or mentioned much in the series.

“I didn’t expect to be a heavy feature in it because they hadn’t interviewed me, but I did expect to be in it more than I was,” Longley told the Australian Broadcasting Corporation. “Sitting there on the couch and watching episode after episode where I wasn’t in it — yeah, I was bummed about that.”

At the time, director Jason Hehir said that the cost of sending a film crew to Australia was prohibitive, which was why Longley wasn’t interviewed.

Now, Longley has a two-part documentary of his own as part of ABC’s Australian Story. And somewhat surprisingly, Michael Jordan took the time to speak with the network for a full 30-minute interview to discuss Luc Longley and what it was like to play alongside him on the Bulls. Jordan makes it clear that he regrets not including Longley in the series and that “if you asked me to do it all over again there’s no way I’d leave Luc Longley off my team, no way possible.”

"If you asked me to do it all over again there's no way I'd leave Luc Longley off my team, no way possible."

How did a kid from WA end up playing for the @chicagobulls alongside @jumpman23 @ScottiePippen | Watch One Giant Leap https://t.co/oVHP0UozaP pic.twitter.com/oian09TwB7

“He matters to me. And his story needs to be told and I’m pretty sure I can enlighten it from my perspective and give people his meaningfulness to me as a teammate as a competitor,” Jordan said.

“Sure, there’s some good and there’s some bad but that’s all a part of life. You’re going to have friends that you have good and bad things about but we went through the trenches. We shared a lot.

“We competed together and I would take him any day of the week … If you ask me to do it all over again, there’s no way I would leave Luc Longley off my team, no way possible. Because he mattered. He had an impact on me, he made me better as a player, as a person.”

“That story needs to be told about a person that people think is very ‘minor’ but they’re not, they’re very major when it comes to winning a championship. Those people do matter.”

You can watch the entire interview here.

Jordan’s personality, specifically the way he would get on teammates and push them harshly, was a focus of The Last Dance. Longley describes Jordan’s leadership style as “carnivorous,” something that Jordan seems to take some pleasure in.

“I mean I can see that from his perspective, yes. I didn’t go in there with that mentality it’s just, my mentality was to win at all costs and to pull, push, yank, whatever, to get everybody on the same page.

“I understand it. But if I were to change my personality back then to something totally different, I wouldn’t be who I would have been, I don’t think we would have had the same successes and I think a lot of players probably wouldn’t have been the same in terms of their perspectives.

“So yeah, I can see him saying that, but I think it was needed in some respects and our success illustrates that.”

You can watch the documentary in full, including interviews with Longley about his time with the Bulls, here.