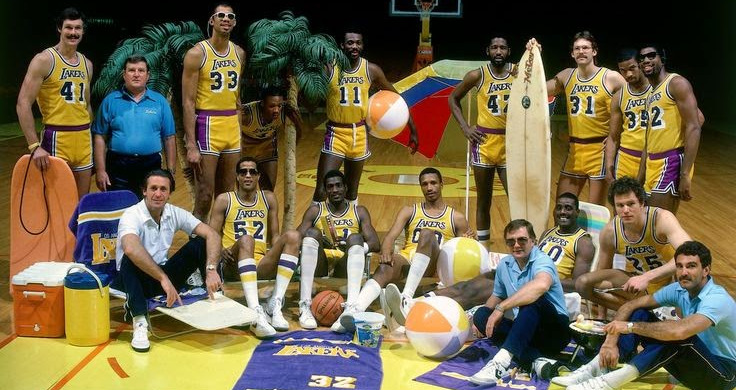 There’s yet more content coming out about the Los Angeles Lakers. The Lakers’ rivalry with the Boston Celtics was explored in a two-part 30 for 30 from ESPN last summer, and that rivalry was again showcased in this year’s Basketball: A Love Story with the “Contempt: LA versus Boston” story. Basketball: A Love Story also included Lakers-focused stories on Magic Johnson’s 1991 announcement that he had HIV and the Kobe/Shaq era, amongst others, and there have been plenty of other documentaries covering the Lakers, so many so that Thrillist put out a list of “The Five Best Lakers Documentaries of All Time” in 2015 around the premiere of HBO’s Kareem: Minority of One. Well, there’s now going to be yet another one, and it’s a five-parter from the team and Haven Entertainment, and directed by Kristopher Belman (most known for his 2008 film More Than A Game on LeBron James and his high school teammates). Here’s more on that from Mike Fleming Jr. at Deadline:

EXCLUSIVE: There’s a big series coming up for the Los Angeles Lakers, and LeBron won’t crack the starting lineup. The Los Angeles Media Fund and the Lakers are teaming up with Haven Entertainment to produce a five-episode docu-series focusing on the ’80s Showtime era of the storied basketball team. That was the period when Pat Riley coached the run and gun style distinguished by Magic Johnson’s passing and Kareem Abdul-Jabbar’s scoring and shot blocking, with Jamaal Wilkes, James Worthy, Byron Scott, and Michael Cooper backing them up. Courtside, celebs like Jack Nicholson turned The Forum into the town’s hottest ticket and the team won five NBA titles and waged an unbelievable rivalry with Larry Bird’s Boston Celtics. The series will be directed by Kristopher Belman (More Than A Game) and financed by Jeffrey Soros and Simon Horsman’s Los Angeles Media Fund.

There’s no word yet on where this series will eventually land, but these are some big players funding it. One big question may be how much of an appetite remains for further Lakers’ coverage, though, especially a five-part series on an era that’s already been covered a lot. One of the docs in that “five best” list was heavily focused on the 80s Lakers, 2010’s Magic and Bird: A Courtship of Rivals (also on HBO), and their Kareem documentary had lots to say on the 80s as well. And while ESPN’s The Announcement (the 2012 30 for 30) was based around Magic’s 1991 announcement and the subsequent events, it had significant connections to the Showtime team too. And that’s to say nothing of all the books written on this era, and the regular discussion of it on TV and radio shows. This isn’t exactly unexplored ground, and that may make a five-part series a difficult sell for some, and perhaps especially for fans of other teams.

However, there are an awful lot of Lakers’ fans out there, both in LA and around the globe. And while covering the 80s Lakers may somewhat feel like playing the hits, a five-part series could perhaps do that in more depth than many of the other efforts over the years, especially given the team’s involvement. It’s also possible that this could wind up being targeted specifically to the LA market, perhaps on Lakers-focused RSN Spectrum Sportsnet, and it might do particularly well there. Or maybe it will gain national distribution (there are plenty of outlets looking to air sports documentaries these days, after all) and will draw just fine there. Either way, it’s interesting that this is in the works, and that they’re going for what sounds like such a big series. We’ll see how it turns out and where it ends up.