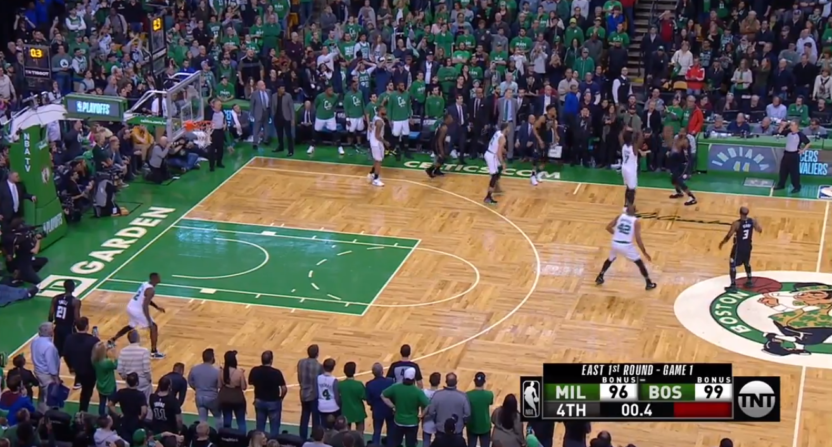 Bucks/Celtics was a shockingly ugly game for most of the contest.

And then, as playoff basketball has a tendency to do, it got good at the end. After Terry Rozier hit a three to put the Celtics up 99-96 with just .5 seconds remaining. The odds were quite long.

And then Khris Middleton happened:

That’s absolutely nuts, and he did somehow get it off.

The odds of that going in were longer than they seemed, and they seemed plenty long:

Players were 0-26 on game-tying or go-ahead FGA from 35+ feet in the final 10 seconds this season.

Some Boston fans were understandably (and in this case enjoyably) perplexed:

Just foul! What the hell??? How does anyone get off a clean shot in that situation????

But best of all, Gus Johnson was on the call for Fox Sports Wisconsin: