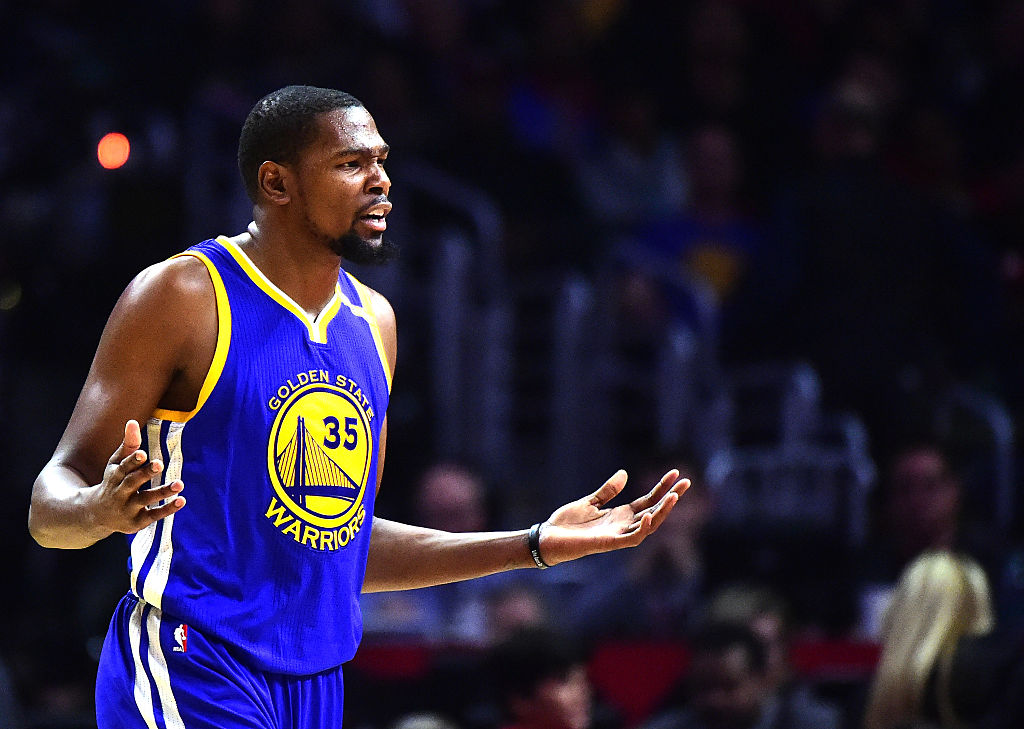 You may have noticed that even with Kevin Durant out injured, the Golden State Warriors are steamrolling through the NBA Playoffs once again. Golden State can sweep the Portland TrailBlazers Monday night in the Western Conference Finals on the way to their fifth consecutive Finals appearance, looking for their fourth championship in those five years. Since 2015, only LeBron James’ famous 3-1 comeback in the 2017 NBA Finals with the Cleveland Cavaliers is the only series the Warriors have lost.

The Warriors’ winning ways are easily taken for granted these days. Durant’s injury was supposed to at least add a little bit of drama and intrigue to the latter rounds of the playoffs this season, but that appears to not be the case. If anything, the Warriors might be playing better without Durant than with him in the lineup.

With Durant’s potential free agency looming in the offseason, it’s opened up the take brigade to reflect on the Warriors, Durant’s legacy, and whether or not the Warriors really need him. Cue Chris Broussard at Fox Sports, who even went as far as to say the Warriors’ success without KD is his “worst nightmare” because it might diminish his legacy.

If Warriors win title without KD, does that diminish his 2 rings? https://t.co/jhwklmTUcu

Of course, by this point you probably know what’s coming. Durant has never been one to shy away from facing criticism head on. In fact, he’s really not a fan of the media at all. He responded quickly to Broussard’s tweet by trying to laugh off his criticism.

I see a little exaggeration there buddy, my worst nightmare?? U sure that this is the worst that it can get???

As much controversy as Broussard has stirred up over the years, and as much as Fox is flailing and failing at trying to be the hot-take center of the sports universe… the general idea of a non-Durant Warriors’ championship diminishing his legacy really isn’t that unreasonable to consider. Maybe “worst nightmare” is silly because Durant’s likely to get his third ring in three seasons, validating his decision to join the Warriors in the first place. But he will definitely be seen differently if it’s proven the Warriors don’t really need him to win another title.

Part of me now wants to see the Warriors win without KD just so we can see all the tweetstorms that will come with Durant hitting back at anyone who questions him or his legacy covering the NBA. Give him credit for this, though – at least he’s not using a burner account this time.