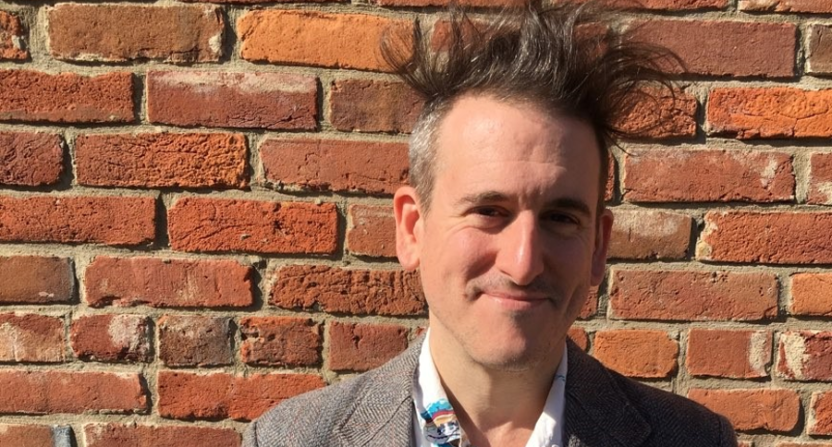 For many of those who have been following NBA coverage online for any length of time, this summer’s news of Yahoo laying off long-time Ball Don’t Lie writer and editor Kelly Dwyer was a big deal. Dwyer has long been one of the most well-known voices on the NBA, and the basketball internet was very different without him writing regularly. Dwyer’s now covering the league again, but instead of teaming up with another big outlet, he’s opted to partner with subscription publishing site Substack to launch his own site, The Second Arrangement, where readers can pay for direct access to the return of his famed Behind The Boxscore columns and the rest of his NBA coverage. Dwyer recently spoke to Awful Announcing about the move, saying it was time for him to get back to covering the NBA.

“It’s hopefully logic and good sense and hopefully, what turns out to be wonderful timing,” he said. “I waited out the summer because I had to learn how to be a human again, and also, I straight-up did typical unemployed guy stuff and had a lot of fun and thought I could come up with some answers at the end of the summer. And I didn’t, everything seemed to be in the same place, except I was a lot happier. And the subscription idea, which originally was my wife’s idea well before any of these companies came along, it just made more and more sense as things strung along, so I just listened to them and here we are in autumn. It just feels, as I was saying to my wife just before I called you, it just feels right. Everything feels like it’s working and I can’t wait to keep working. ”

Some writers who have gone their own way have said the outlets they previously worked for were too restrictive, but Dwyer isn’t following that pattern. In fact, when asked what’s the advantage of going it alone versus working for a bigger outlet, he said “Very little!”

“Outlets are great, I have nothing against outlets,” Dwyer said. “I have nothing but good things to say, I’m sure contractually somewhere I have to be, but I have nothing but good things to say about my time at Yahoo. ESPN paid me an incredible amount for the tiny bit of freelance work I did for them and Henry Abbott back in 2007, kept my whole family going for a summer. Sports Illustrated‘s website saved my life; for as little as I worked for them paywise, Paul Forrester at that website just absolutely saved me when I was bartending in Indiana, hoping to bartend in Indiana, looking at the bar from serving tables and hoping someday to end up back there. So I’ve got nothing bad to say about the big brothers out there. They’ve done well in my eyes. It’s just time to streamline things a bit.”

One of the big attractions for many readers may be the return of Behind the Boxscore, a name initially conceived by long-time NBA writer Matt Turvey, and a column that Dwyer has been doing off and on for almost two decades. The column features insights from a whole night’s slate of NBA games mixed with humor, musical asides and more, and it’s built a big fanbase over the years. Dwyer gave it up a while back to focus on other writing and editing at Ball Don’t Lie, and said while that move made sense back then, it proved to be a mistake in retrospect because he became too generic and too replaceable.

“That column kind of destroyed me five, six years ago, because I was staying up all night to write it and that coupled with my other bad habits at the time,” he said. “I kind of wanted to get away from that and have a normal sort of nine-to-five existence. During that existence, as we all found out this summer, I made myself redundant, understandably so, from all angles. I also was hit over my head repeatedly by my wife and her two amazing daughters that there is no such thing as a nine-to-five life with interesting people, and good, curious people. So I’m happily diving back to going week-to-week, which is how we live in this industry anyway, figuring out a schedule from week to week, being honest with my readership, and hopefully they get the benefits of what I put in to my 24-hour time and also my work time.”

Dwyer said Behind the Boxscore got its start 18 years ago, and while the technology and how he consumes games has changed, the premise still remains largely the same.

“It was the 99-2000 season, when I was a sophomore in college in Missouri, at OnHoops.com, which I was the editor for at the time but I did not start,” he said. “It was the first blog before there were blogs. I was just in college and working with NBA League Pass on the audio RealPlayer that I couldn’t afford. I had mono at the time, so I had to leave my job at Subway, and I’d just stay up to write these crazy recaps based on what I could get. I wasn’t watching these games and taping them and being a young Bill Bertka tearing these things down. This was all very DIY since the start, and it’s carried over through VCRs and Tivos and 19-inch TVs.”

“And earlier tonight, because we cut the cable at our house when I was laid off, we watched the ESPN games on my parents’ TV, while watching games on my phone, while watching games on my laptop. And now I’m back home and I’ll finish off watching them on my laptop. So since the beginning it’s just been a dude trying to find a way to tell people about what he’s spending his money on and time on watching, this League Pass goodness, and it’s carried on through several sites because it’s a good distraction. It’s a fun distraction. It’s not going to change anyone’s life, but you are going to get addicted to it.”

Dwyer said the key difference for him in writing for his own site now isn’t avoiding clickbait, which he said wasn’t a problem even when he worked for Yahoo, but is rather emphasizing his own voice instead of being more generic.

“I backed myself into a corner at Yahoo, because again, I’d made myself redundant,” he said. “I think [in terms of] differently, I don’t think I’m going to make rules for myself. I’m going to outline my strengths and go with what I’m good at and not try to be this homogeneous middle. Yahoo never told me what to write, for all the stuff that’s out there, I’ll say this right now and I’ll say this in 30 years, Yahoo never told me to push up any sort of clickbaity anything. It was genuinely treated like a journalism outlet because of the leadership there. The only thing that was encouraged was stuff like ‘The Warriors have a game on national TV tonight, so let’s talk about that,’ just like any newspaper would do.”

“So I’m not getting away too badly from clickbait, but I am getting away from having my strengths being overshadowed and having my time wasted trying to consider a happy middle that I faced to my own detriment. That was my own bad, and I’m looking to make good by the rest of the internet.”

Dwyer said he was worried about asking for subscriptions, as he knows well what that money can mean to people, but he thinks he will be able to provide readers with some value.

“It’s $10 a month or $100 for a year, and that’s money, and any bit of it I’m nervous as hell to ask for,” he said. “I do not accept tithes well, I’m loathe to accept people doing favors for me. And not just asking for money, but also laying myself bare on the internet, especially when I put the site up and there’s nothing on it that they can’t find for free, and immediately asking for what those rates are, which I was assured was the right decision to go with. So yeah, I’ve left myself out there, and luckily so far to the great…it speaks to what’s left of the internet that I haven’t been torn up in at-replies and e-mails telling me the rates are ridiculous. Not a single one thus far, so I invite your comment section to change that [laughs].”

“No, I know what it means…everything’s cut in my house, we’re a la carte, down to the penny, I have a four-cylinder car and we cut coupons. So I know what it means to give up 10 bucks even for a month. That’s a bit. But at the end of the month, you’re going to know why you did.”

“I’m willing to talk to anyone, and it’s because I’ve got a good thing to sell, and that’s pro basketball. It’s a fun thing to hang around, even if we all know what’s going to happen in June. So let me help you guys and gals get there.”

Thanks to Kelly for his time. You can check out The Second Arrangement here.