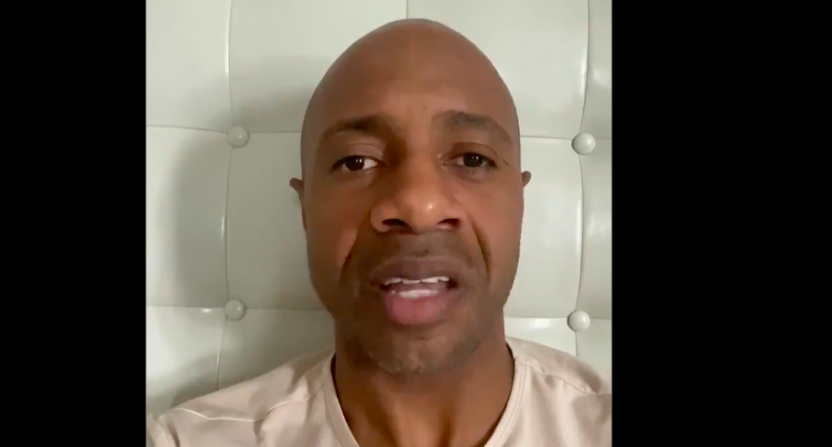 ESPN’s Jay Williams, who has been part of ABC’s live on-site studio coverage for the NBA Finals, will miss the remaining games after testing positive for coronavirus.

Williams made the announcement in a video he posted on social media Friday afternoon, saying he is “ok” and noting that he had been vaccinated.

I am covid positive & will not be calling the @nba finals. I am ok & was fully vaccinated. pic.twitter.com/BrJIDzCq0E

“The last couple of days for me have been challenging. But I wanted to be the first to tell you guys that you will not see me at Game 5, Game 6, or a potential Game 7 of the NBA Finals because I have tested positive for COVID. I have received both my shots. I am fully vaccinated. But this is our new normal. This is the difficulty of navigating a different type of terrain, like we all are.”

Williams also noted that because his 2 1/2-year-old daughter is immunosuppressed, he and his family have been trying to be extra careful. He said that he plans to quarantine in a hotel room for the next 10 days and that “the symptoms weren’t as bad as it could have been.”

“This is a great reminder for me and for everybody that we have to continue to be as diligent as possible,” he said.

No word yet from ABC or ESPN who, if anyone, will replace Williams in the analyst spot during the remaining NBA Finals games. We do know that Maria Taylor will remain in her role as studio host even if the series goes seven games alongside Jalen Rose and Adrian Wojnarowski. Game 5 of the series between the Milwaukee Bucks and Phoenix Suns is set for Saturday evening.