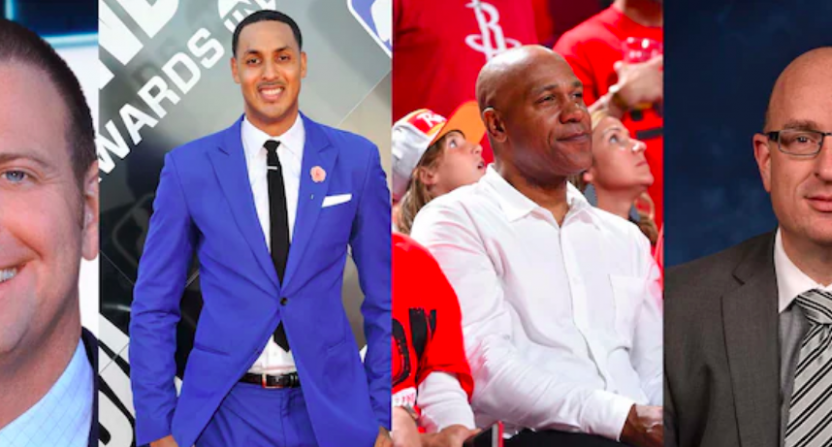 When Bill Worrell announced his retirement following almost 40 years as the Houston Rockets TV play-by-player announcer, fans speculated about what the future might sound like while watching and listening to their favorite team’s games in the coming season. It turns out, it will sound fairly similar to what they’d gotten used to over the last couple of years.

As had been reported a few weeks back by the Houston Chronicle’s Jonathan Feigen, Craig Ackerman will move from part-time to become the full-time play-by-play commentator for AT&T SportsNet, the television home of the Houston Rockets. Ackerman has been working most road games for AT&T SportsNet, as well as home games for the Rockets Radio Network, for the past five years. He’s been the team’s radio play-by-play announcer since the 2008-09 season but will move over to the TV side from now on.

Truly excited about this opportunity and working with this great crew! A warm welcome to @TheRyanHollins and the 'Junkyard Dog' @marioelie1! Looking forward to another season with the rock star @cayleighgriffin, @KevinEsch1 & @CalvinMurphyHOF!

Ackerman will be joined by Ryan Hollins as the team’s new TV color commentator. The 1o-year NBA veteran came over after working as a game analyst for CBS and a studio analyst for the Los Angeles Clippers. Hollins previously worked for ESPN in various forms and co-hosts a podcast with Brendan Haywood. He replaces Matt Bullard as the team’s TV analyst.

Joining them during select games will be Mario Elie, a two-time NBA champion with the Rockets who has worked as an assistant coach until recently. Cayleigh Griffin remains the Rockets sideline reporter and host of weekly “Rockets All Access.”

On the radio front, Matt Thomas has spent the last five years splitting his services between Rockets radio broadcasts for road games and acting as the public address announcer for home games. Now, he’ll be the full-time radio voice on the Rockets Radio Network. Thomas also hosts “The Matt Thomas Show” daily on SportsTalk 790, the flagship station, and he’ll be joined by Adam Wexler and Adam Clanton as radio home game analysts and as hosts for pregame, halftime, and postgame programming.

The Rockets Spanish radio broadcasting will continue to be done by Adrian Chavarria, entering his 26th season as the team’s play-by-play voice.