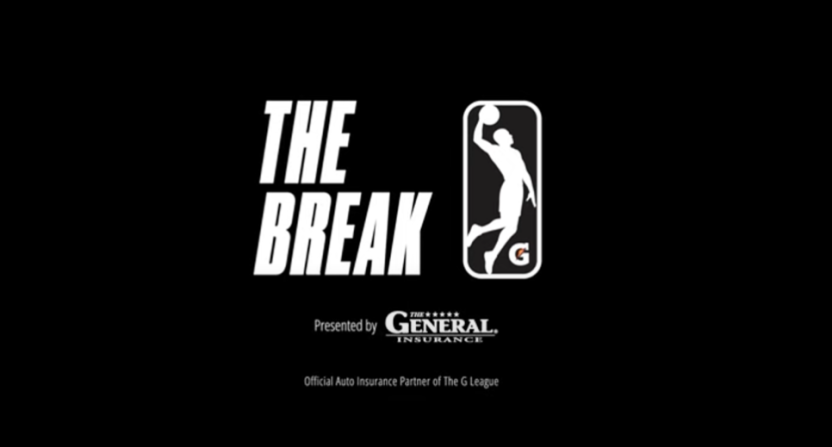 One of the more unusual content initiatives in a while comes from the NBA G League, which announced a The Break eight-part docuseries last month. That series was released this week, and it’s notable on several fronts.

Those fronts include how The Break is part of a wider partnership with auto insurance firm The General, how it has a focus both on draft prospects like Scoot Henderson and also on NBA/G League veterans like Norris Cole, and how it shows off even players not in the G League (with the first episode focusing on the nationally-televised exhibition battle between Henderson and Victor Wembanyama, who plays in France for Metropolitans 92). Around that series’ premiere this week, G League head of partnerships George Wilson answered some AA questions on the league’s strategy with this. Wilson said their overall partnership with The General needed to include content elements in order to meet fans where they’re at:

“Our marketing partnership with The General is representative of what our fans are looking for—increased access to our players and teams. And through engaging collaborations such as ours with The General, our goal is to in turn drive additional attention back to our games and further grow our fanbase. Exploring creative fan engagement and content opportunities is crucial for the G League as we’re constantly seeking to meet our fans where they are and draw them closer to our league.”

He said the docuseries worked particularly well as part of this collaboration, as the elements it spotlights fit with The General’s goals.

“The G League and The General had a shared goal to use a docuseries to spotlight the promising young players in this league who are seeking to achieve the break they deserve, which fittingly matches with the series title—“The Break presented by The General.”  For The General, I think this collaboration aligns with its brand positioning as an empathetic and flexible insurance company that is committed to putting its customers first and giving them a break when they need it most. Working with the G League also allows the General to connect with and engage with the league’s young and diverse fanbase.”

Wilson went on to say that this series worked well for the G League because of its focus on off-the-court elements as well as on-the-court ones:

“The docuseries was a perfect fit for the G League as it provides our fans a window into the lives of our players as they seek to achieve their ultimate goal of making it to the NBA. This league is filled with such tremendous and growing talent—fans may not even know that almost half of NBA players on opening day rosters have played in the G League.  The attention surrounding our players continues to grow season after season, and this docuseries really allows our fans to build a deeper connection with those featured players and teams as well as the G League as a whole.”

He said the Henderson-Wembanyama clash made a lot of sense as an element to start with.

“The first episodes feature the presumptive top two picks in the 2023 NBA Draft in Scoot and Victor, which we thought was the perfect starting point for the series since the G League is often a jumping off place for a players’ career. There has been such immense media and fan attention on those two players since the beginning of the season when they faced off against one another, so the docuseries fittingly begins there and offers fans a closer look at the players behind those matchups.”

But this isn’t just about NBA prospects, with veterans like Cole also featured. Wilson said it was important to show the wide range of people in the G League:

“We purposefully sought to showcase compelling players in this docuseries who are on different paths in this league—whether it’s a likely top pick in the 2023 NBA Draft in Scoot Henderson, the 2021-22 Kia NBA G League Rookie of the Year in Mac MacClung, or a two-time NBA champion in Norris Cole. This league doesn’t have one path or story. It’s filled with hundreds of unique journeys to achieve a common goal. And we’re excited to help showcase those journeys through this docuseries.”

And Wilson said this fits into the overall G League marketing strategy.

“The docuseries and our marketing partnership with The General builds upon the G League’s marketing strategy in finding new and creative ways to engage with our fans. We have also seen that our fans are increasingly following and engaging with our league through our social media platforms.  Last season, the G League set new full-season league records for video views and action on YouTube (11.3M video views, +63 percent; 153K actions, +42 percent), Twitter (17.7M video views, 56 percent; 3.5M actions, +35 percent) and Instagram (45.7M, +708 percent; 11.7M, +511 percent). Our docuseries is another example how we’re meeting our fans where they are, offering compelling content to engage with our league.”

We’ll see how this partnership around The Break works out for the G League. They’re set to release further episodes over the next weeks on their YouTube channel, the G League app and G League Ignite’s website.