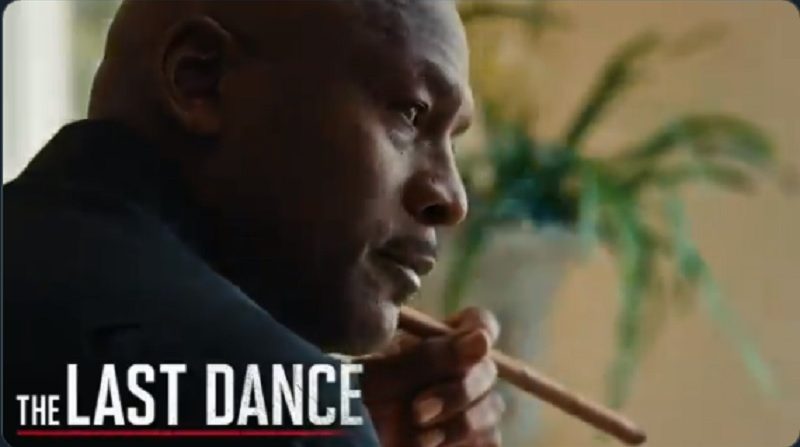 As Awful Announcing’s Ben Koo reported on March 15, ESPN’s 10-part The Last Dance documentary on Michael Jordan and the Chicago Bulls of the 1990s is likely to air before its original premiere date of June 2 thanks to the sudden lack of sports programming in the wake of COVID-19 coronavirus restrictions. Following that, ESPN executive vice president Burke Magnus said March 17 that “the reality is that the production of that film has not yet been completed, so we are limited there at the moment,” and a lot of sites decided to take that as “the film won’t be moved up” despite Magnus not saying that (and despite him only saying that the final cut hadn’t yet been delivered to them, rather than providing any timeline on when it might be released). But a further new “Coming soon” promo from ESPN added fuel to the case that The Last Dance would air before June, and now, Andrew Marchand of The New York Post reported Monday night that the documentary is now likely to premiere on April 19:

ABC/ESPN’s highly anticipated 10-part Michael Jordan documentary, “The Last Dance,” is being moved up to April, The Post has learned.

Sources said the start date will be Sunday, April 19. It was originally slated for June.

ABC/ESPN plans to make an announcement on “Good Morning America” on Tuesday, according to sources.

That’s a logical timeframe, as AA’s March 15 reporting indicated that a final cut was expected within the month, with an ESPN release likely to follow within a following month:

And that’s certainly good news for those looking for new sports programming during this dry period.