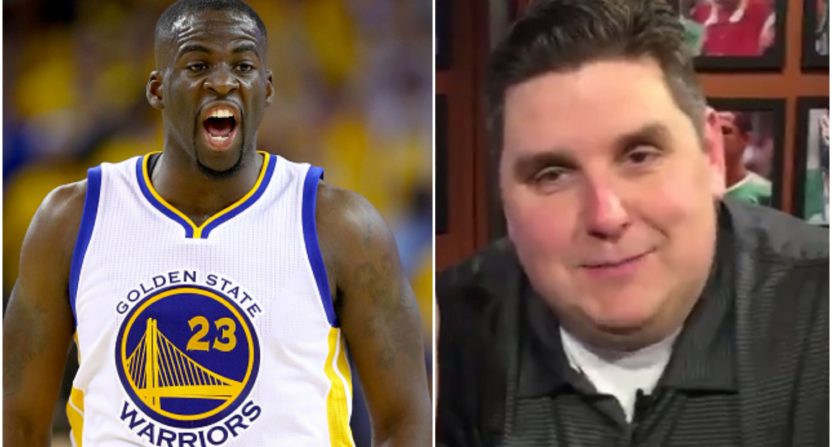 In a tweet sent Wednesday night, Green mentioned someone named “No neck.” Twitter detectives quickly deduced that Green was referring to Windhorst, who had just been on NBA Countdown talking about players’ issues with referees.

Don’t bring my name up No neck. I’m not the topic of y’all conversation today.

Here’s the comment that appeared to frustrate Green. Windhorst brought up the All-Star forward’s name when making the point that the Warriors have become targets for NBA referees by griping so often about calls.

The clip Dray is talking about. pic.twitter.com/okbvHNb9I2

As Windhorst alluded to, Green said last month that all NBA refs are “ruining the game” and should all be fired. The Warriors have had numerous run-ins with officials, with the most recent coming Tuesday when Kevin Durant was ejected for the fourth time this season. Clearly, Windhorst thinks that Golden State players have become targets for refs by whining to them on the court and complaining about them in the media.

It seems Green, meanwhile, would have preferred Countdown’s conversation remained focused on his teammate — or that ESPN not fuss over the Warriors’ fussing at all.