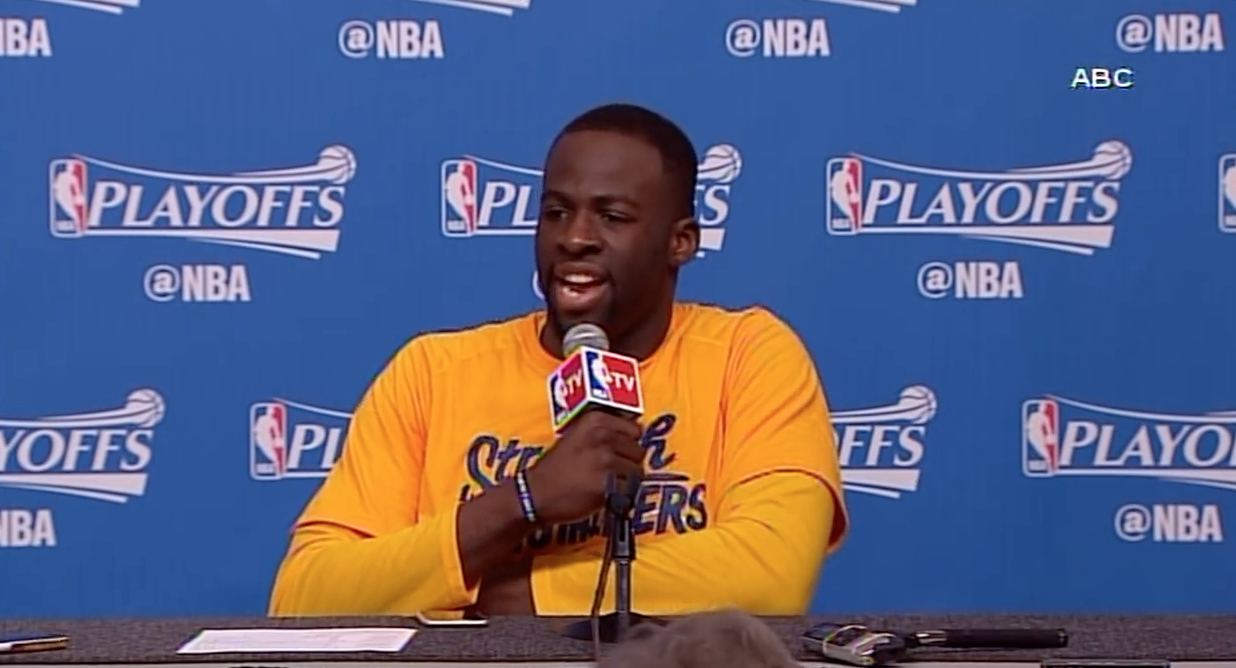 Golden State’s Draymond Green fired back at a reporter following his team’s Game Four win over Houston when the reporter tried to get him to compare the Warriors’ play to the deadly flood that hit the Houston area.

Green: “Bro, you asked me about the flood in practice the other day, and I said I pray for the city of Houston, because you don’t want to see anyone go through that. I feel like you keep trying to get at us hitting threes or something — you’re trying to get a controversial statement out of me, but you’re not, because I feel sorry for the people of Houston.

“People are losing their homes, losing their cars, losing their lives, losing loved ones, and you’re trying to get a controversial statement out of me about the threes we’re hitting. I know what you’re getting at, but you’re not getting it out of me. It sucks. If I was from Houston, I’d do anything I can to help the city out, and I’m sure some of those guys are going to do what they can to help the city out. And you saw a donation the other night. It sucks. Stop trying to do that. That’s not cool, man. You keep asking me the same question about this flood. These people are losing their lives, bruh, losing their homes. Don’t ask me that no more. It ain’t cool, and you’re not getting the statement you want out of me. That’s not cool, man. Stop doing that.

According to Green, the reporter brought up the same question in practice.

It’s unclear what the reporter was trying to get at. Maybe he wanted to write about how Houston rallied to win during the flood. But regardless, it was a terrible idea. Never try to compare natural disasters to sports, because natural disasters have nothing to do with sports.