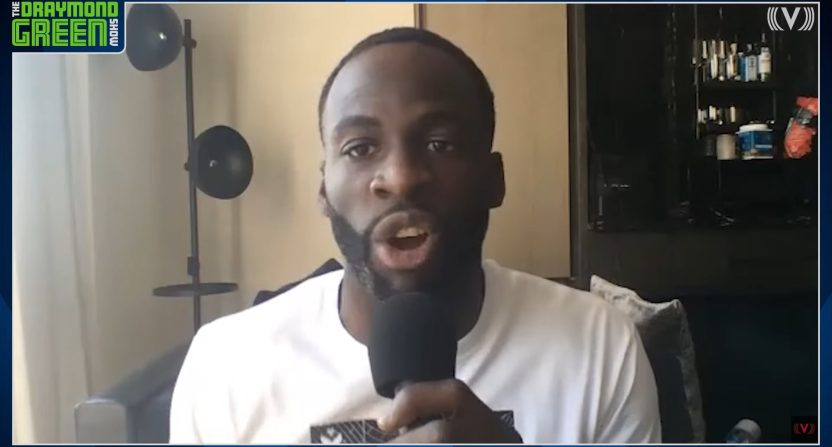 In his latest podcast episode for Colin Cowherd’s The Volume network, Draymond Green tore into Phoenix Suns owner Robert Sarver and his ability to continue representing the NBA.

NBA commissioner Adam Silver recently handed Sarver a one-year suspension and a $10 million fine following an investigation into allegations that he repeatedly used racist and misogynistic language as owner of the Suns and the WNBA’s Phoenix Mercury. Some NBA players went on Twitter and criticized the league for allowing Sarver to remain a franchise owner after he serves what many are deeming a lenient punishment. Green was the latest to speak out, using his podcast to do so, which perfectly exemplified the positive aspects of active athletes having their own media platforms.

“It’s absolutely insane that Robert Sarver is going to receive just a one-year ban and $10 million fine and then just return to the building,” the Golden State Warriors forward ranted on The Draymond Green Show. “It actually goes against everything the NBA stands for. The NBA stands for inclusion, the NBA stands for diversity, the NBA definitely stands against bigotry and racism. And I commend Adam Silver, our commissioner, for the stands they’ve taken over the years.”

"To think that someone like Robert Sarver that's acting in that manner can continue to represent us? That's bullshit"

“This report that came out last week is the total opposite of everything that the NBA stands for,” Green continued. “To think someone like Robert Sarver that’s acting in that manner can continue to represent us, that’s bullsh*t. You can’t continue to represent way more people than yourself with those views, with speaking to people the way he did, with treating African Americans and women the way he has. That’s not OK.”

Citing Silver’s claim that he handed Sarver the maximum punishment that his power allows, Green called on the NBA Board of Directors to vote on terminating Sarver from his position as Suns’ owner.

When Green launched his podcast earlier this year, he took specific aim at the “old media,” attempting to paint traditional journalists and sports hosts as bad while portraying the “new media” as good. His crusade worked in terms of bringing attention to his personal media ventures, but repeatedly attacking traditional journalists quickly wore itself out.

One frequent question about Green and his declaration of the “new media” was whether current players would be able to offer unbiased or unfiltered analysis of NBA topics. That same question should also pertain to networks and media outlets that might plead the fifth on certain topics to protect their league partnerships.

Green, however, didn’t plead the fifth. The NBA probably wouldn’t have minded if Green avoided the topic of Sarver on his podcast. But credit the active player for criticizing the league that pays his salary and using his personal platform to speak honestly about a polarizing topic.