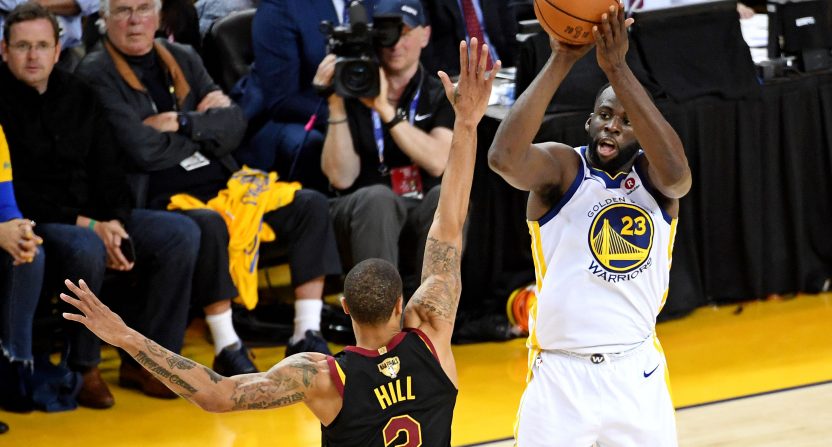 NBA Finals ratings on ABC were just all right this year, hindered by Cavs-Warriors fatigue and a short, anticlimactic series. Over on ESPN Deportes, though? They were better than ever.

ESPN announced Thursday that ESPN Deportes delivered the network’s most watched NBA Finals since it began airing the games in 2013. The four Cavs-Warriors contests averaged 162,000 impressions, per ESPN, up 12 percent from last year. Game 2, which followed the dramatic and controversial series opener, was the most watched of the four games, with 205,000 impressions.

Obviously viewership for ESPN Deportes Finals coverage represents only a tiny fraction of the games’ total audience, so gains here don’t nearly make up for losses on the ABC broadcast, but it’s still a good sign for ESPN and the NBA that their Spanish-language audience increased even despite a boring series.

Both ESPN and the NBA have made concerted efforts in recent years to reach more Latino fans, both Spanish-speaking and otherwise. The NBA has launched numerous initiatives, including special “Latin Nights,” special jerseys and “Ene-be-a” ad campaigns. ESPN, meanwhile, has similarly targeted the growing Latino demographic. As Forbes reported in 2016:

“The Hispanic sports fan has been a priority for ESPN for a long time and has risen to be one of the overall company priorities in the past four years. It’s one of the main focuses for growth – not just ESPN Deportes but all of ESPN,” says Freddy Rolón, VP and general manager of ESPN Deportes, who spearheads ESPN’s overall Hispanic market strategy.

While that focus has previously zeroed in on its Spanish-language sports network, ESPN has also been developing content and adding Latino talent on its English-language networks to reflect the interests of the audience and where they see the most potential for growth.

“We recognize the audience has changed and doesn’t fully consume in Spanish. As we think about growing with the Hispanic audience, we, like other companies, see the demographic changes and significance to the market and future. We’re thinking about reaching to them in English as well,” says Rolón.

We don’t want to extrapolate too much off ratings for a single series, but it does seem as though  ESPN and the NBA are making some inroads.