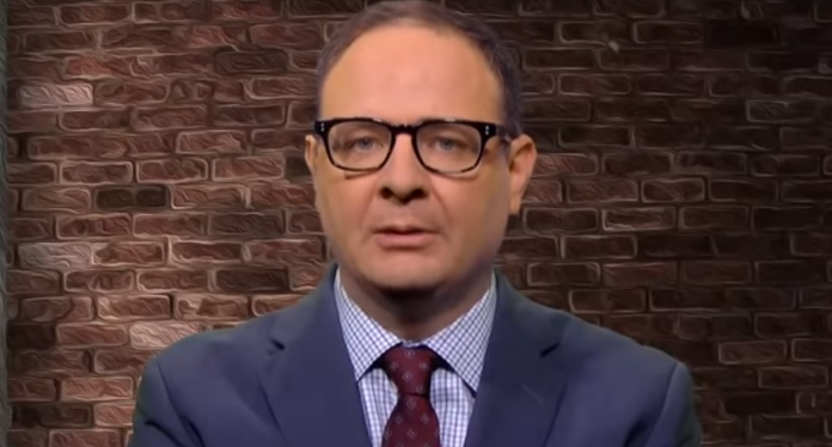 NBA draft coverage is changing this year, with (as Awful Announcing’s Alex Putterman reported Monday) the league expressing their “preference” to media partners “that ESPN’s exclusive draft broadcast rights be honored” (read: don’t report picks on Twitter before they’re made official on TV) and ESPN, Turner and Yahoo all reportedly agreeing to that (despite earlier indications that there wouldn’t be a change).

But that push from the NBA apparently doesn’t extend to the whole day of the draft, as thanks to Yahoo’s Shams Charania and ESPN’s Adrian Wojnarowski, the likely first six picks have already been reported.

ESPN: Woj, we can't spoil picks during the draft this year
Woj: During? Bet https://t.co/38D6vwK3oV

Look, yes, there’s technically a difference between tweeting teams’ plans hours early (the multiple ESPN broadcasts start at 7 p.m. Eastern) and tweeting who they’re going to take right before they do it. Things still could change between Thursday afternoon and Thursday night, and both Shams (“have locked in on”) and Woj (“is taking shape”) are careful to present their reporting as how things stand now versus a sure thing.

And this still could change, especially if a trade does happen, which an Atlanta broadcaster is suggesting is a possibility:

Feeling among multiple NBA league sources I've spoken with…
Hawks take Luka at #3.. trade him to Dallas at #5, then Hawks take Trae Young.
Baze might also be in play tonight as part of deal

So the Woj and Shams reports may not be fully set in stone. And maybe there won’t be a great deal of pushback over this, even from the NBA. Drafts in many sports often have the top pick known well in advance, and telling reporters not to report teams’ draft intentions at any time would be a far more egregious overreach than the one they’re already doing, and would likely (or hopefully, at least) meet resistance from media companies, regardless of if they’re rights partners or not. The NBA would have to get a lot bolder to try and stop all pre-draft reporting, and they’d meet even more resistance if they tried.

Telling reporters not to report is a bad idea in general, and the NBA has only been able to get away with it thus far thanks to the limited scope of what they’ve asked for, and thanks to some fans actually preferring to learn of picks only when they’re officially announced. (Which is why this has worked for the NFL, at least when it comes to limiting draft broadcasters ESPN, NFL Network and Fox; they haven’t been able to stop other reporters, like CBS’ Jason LaCanfora.)

But it’s awfully funny that the league’s expressed preference to have the picks only revealed on camera appears to have backfired horribly, with the general public now knowing how the whole first six picks are likely to play out. And it’s even better that those reports came from two of the people the league was trying to shut down.