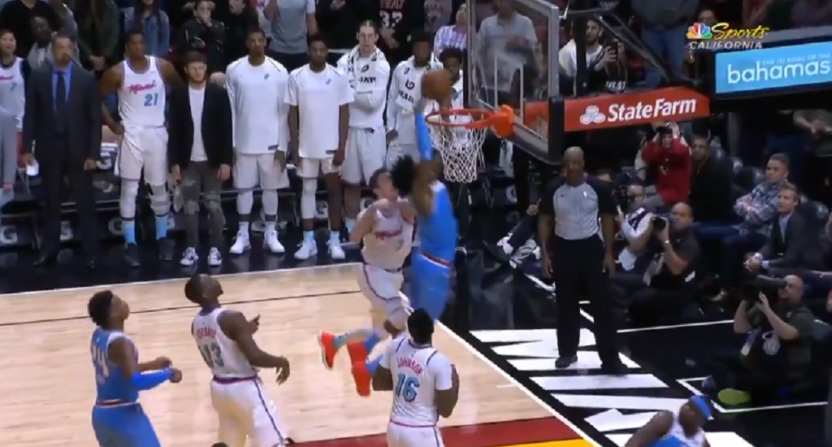 Sacramento Kings rookie De’Aaron Fox threw down a crazy putback dunk in the final seconds to beat the Miami Heat 89-88 on Thursday.

It appeared that the Heat had secured the win when Bogdan Bogdanovic’s fadeaway jumper rimmed out in the final seconds, but Fox attacked the rim from the three-point line and went flying over Goran Dragic for the putback slam. It was an incredible play for a 6’3″ point guard to make, and it understandably caused the Kings’ announcers to go nuts.

It’s been an up and down rookie season for Fox, the No. 5 overall pick in the 2017 draft out of Kentucky. But he certainly showed off his playmaking ability on that game-winning jam, and was second for Sacramento with 14 points on the night.