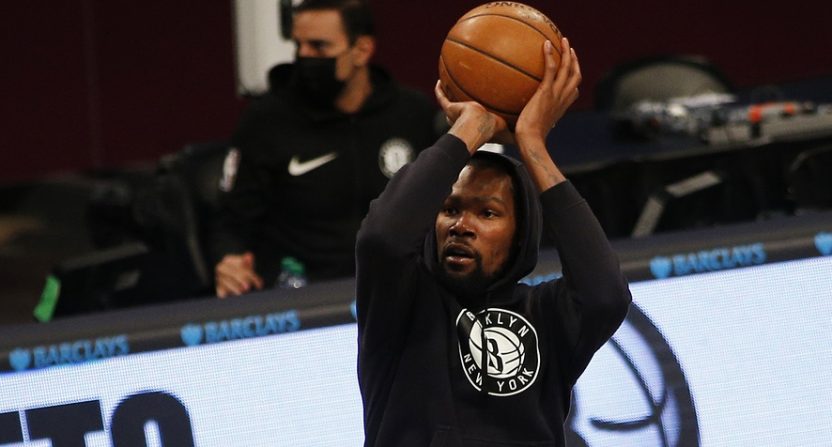 The Brooklyn Nets had their media day on Monday, and while the most newsworthy topic of the day was Kyrie Irving’s vaccination status, the more entertaining story was David Letterman’s appearance.

Letterman made waves during Kevin Durant’s media availability (as “Dave from Basketball Digest”), first asking him why his nickname was KD. That went over about as well as you’d expect. He followed up by asking him what percentage he’d be giving on the court this season.

Kevin Durant is asked why people call him KD:

"My first name is Kevin with a K, and my last name is Durant with a D" pic.twitter.com/fnwIPhIFtM

Then, Letterman asked for Durant’s reaction to a joke about the Knicks, Nets and NBA reaching a deal to let Durant play for the Knicks when he wasn’t playing for the Nets….and Durant seemingly had enough. Until Letterman got a crack in about the Pelicans, and he finally cracked a smile.

Media days are usually somewhat serious, and somewhat boring, so it was at least a little refreshing to see Letterman liven things up a bit – even if his jokes didn’t bring the house down.