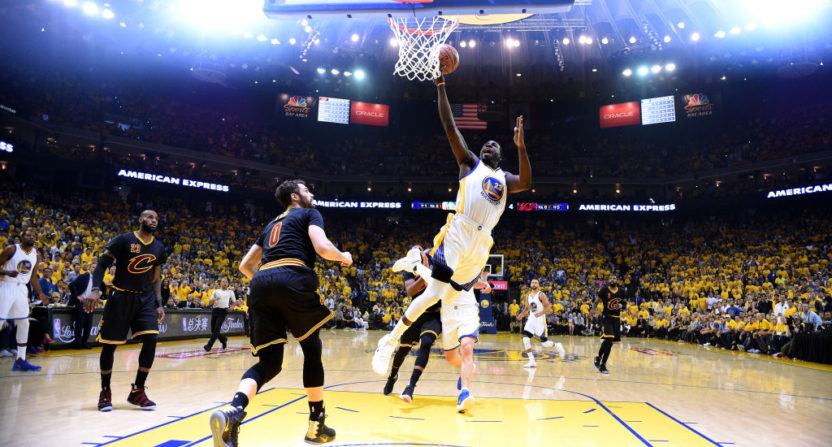 It’s hard to believe in this day and age that live sports can be aired in 20th century, old timey-wimey standard definition. But subscribers to Comcast know this, especially those who have shelled out the money for the NBA League Pass out-of-market package.

For years, Comcast, the largest cable provider in the United States, transmitted all but one League Pass channel in old-fashioned SD. But apparently that’s going to change for the 2017-2018 season, as Ben Dowsett of Basketball Insiders tweeted:

Fun offseason NBA note: Sources tell me that NBA League Pass customers on Comcast will have a full range of HD channels available this year.

That’s great, but one wonders what took so long for Comcast to finally join the ranks of the 21st century. If you pay a not insignificant amount of cash for an out-of-market sports package, you expect it to be in high definition. In fact, with 4K on the horizon, you’re expecting to see some games in Ultra HD.

One of the reasons why live sports has been seen as DVR-proof and a hedge against cord cutting is the fact that the viewing experience is better at home than being at the actual game. However, when you’re watching the NBA on your 50-inch HD screen in SD, it’s as if you’re seeing archival grainy 1970’s footage on YouTube, complete with projector scratches and jump cuts.

Comcast can argue that bandwidth is limited, but other pay TV providers like Cablevision, Charter, Cox, DirecTV, Dish, and others all seemed to have adjusted fine and gave their viewers NBA League Pass in HD. It’s frustrating for a customer to be able to watch every other channel in high definition, but not the NBA.

Well, the frustration for hoops fans appears to be over and Comcast is finally giving fans a true HD viewing experience. It’s about time.