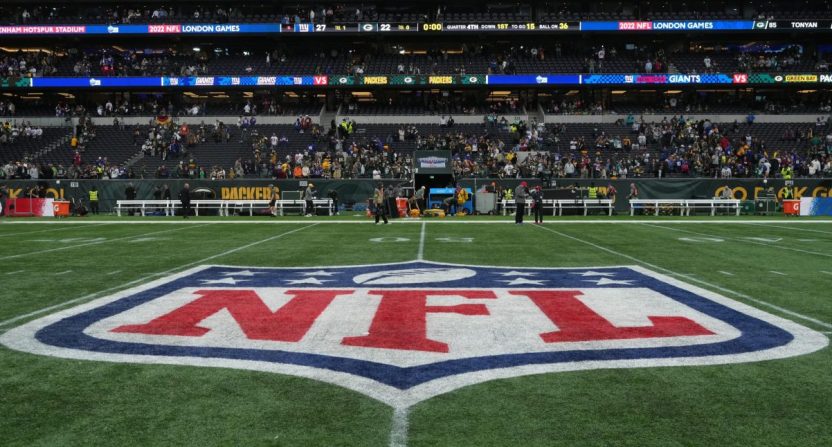 Christmas Day is supposed to be the NBA’s day. While the season tips off in October, for many, December 25 is when the casual fan starts paying attention. It’s a celebration of marquee basketball as the NBA showcases its best teams and best players. These games are designed to generate buzz and ratings for its broadcasting partners, such as ABC/ESPN.

Some of the league’s best regular-season moments have occurred on this holiday. Shaquille O’Neal‘s return to Los Angeles after being traded by the Lakers to the Miami Heat was Christmas 2004. Kobe Bryant and LeBron James never met in the NBA Finals, but they battled on Christmas 2010.

The NFL used to respect the NBA’s territorial claim. Not anymore. The NFL doesn’t just want to dominate Thanksgiving. With Grinch-like greed, it’s about to usurp control of a time-honored tradition. For the first time, the league will have a Christmas Day tripleheader with games on Fox (Green Bay Packers vs. Miami Dolphins), CBS/Nickelodeon (Denver Broncos–Los Angeles Rams), and NBC (Tampa Bay Buccaneers–Arizona Cardinals).

These are not the glamorous matchups we initially thought they would be. Only the Dolphins (8-6) have a winning record. However, America’s appetite for football is seemingly insatiable. The NFL is about to crush the NBA in the ratings, and there is little the NBA can do about it.

Even under ideal situations, the NBA’s best can’t compete with the NFL. No other sport can. Last year, the NBA’s Christmas Day games suffered their lowest viewership since the schedule expanded to five games in 2008. Ratings were undoubtedly affected by two NFL games: the Cleveland Browns vs. the Packers and the Indianapolis Colts vs. the Cardinals.

A Packers Pick Party!
Here's a clip for those who would like to review the highlights of last weekend's Christmas Day contest between our Green Bay Packers and the Cleveland Browns at Lambeau Field.
As Santa loves to exclaim, "Ho! Ho! Ho! Go Pack, go!"
Next: Vikes visit the Pack pic.twitter.com/shZActxjrT

Now there are three NFL games to compete with. And let’s take a closer look at that NBA schedule (all games on both ABC and ESPN):

This is not the Association at its best, and ABC/ESPN know that. Plus, for each team, these are one game out of an 82-game regular season that has become more irrelevant due to more stars getting hurt or missing time due to load management. The beauty of the NFL is that there are only 17 regular-season games. Even a matchup that seems lousy on paper, such as the Minnesota Vikings versus the Colts, can become something extraordinary.

ABC/ESPN should be angry with the NFL. They are business partners, with ESPN broadcasting Monday Night Football. By encroaching on Christmas Day, the NFL is harming the network. The league didn’t have to do this. But there were a lot of financial reasons for the Yuletide takeover. The NFL loves to, as Jerry Jones often says, grow the pie.

The NFL has grown so large and become so valuable that it no longer cares about hurting the ratings of its partners. When it comes to media rights, the NFL is the most lucrative game in town. But will it always be that way? There was a time when the NFL took a back seat to Major League Baseball. Now the NFL doesn’t think twice about airing Sunday Night Football during the World Series.

But, come Christmas Day, the NBA and ABC/ESPN are the ones who will be slaughtered.