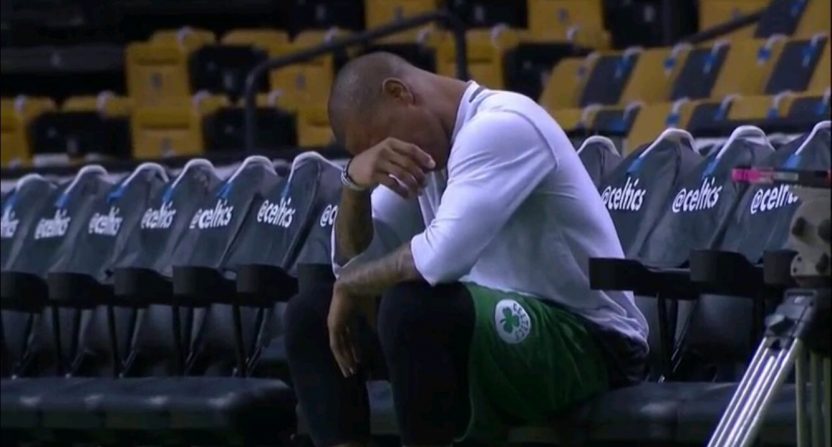 Boston Celtics star guard Isaiah Thomas chose to play in the team’s playoff opener against the Chicago Bulls on Sunday, one day after his 22-year-old sister, Chyna, was killed in a car accident.

Thomas was understandably very emotional before the game, and TNT showed a clip of Thomas crying on the TD Garden sidelines during shootaround.

This — for some reason — led to Charles Barkley saying that he was “uncomfortable with [Thomas] sitting on the sideline crying like that.” Barkley added that the crying is “just not a good look”:

As For The Win’s Adi Joseph notes, the footage of Thomas crying courtside was from hours before the game during shootaround, not “a few minutes before the game” as Barkley thought.

The comments probably come across worse than Barkley intended (and we know he isn’t a wordsmith).

But, of course Thomas is having a very difficult, emotional time the day after tragically losing his younger sister, and he should be able to act however the hell he wants. He gets to decide if he’s “in shape to play,” even if it makes anyone “uncomfortable” to watch how emotional he is before the game.

And even though the Celtics lost to the Bulls, Thomas was the game’s leading scorer with 33 points. Putting up 33 points with some ridiculous plays mixed in sure seems like a player that is “in shape to play.” It may have been hard to believe going into the game, but Thomas made that choice and proved he could handle it.

It wasn’t the finest night for Barkley, who also said that the Bulls had “zero chance” to beat the Celtics in this game.