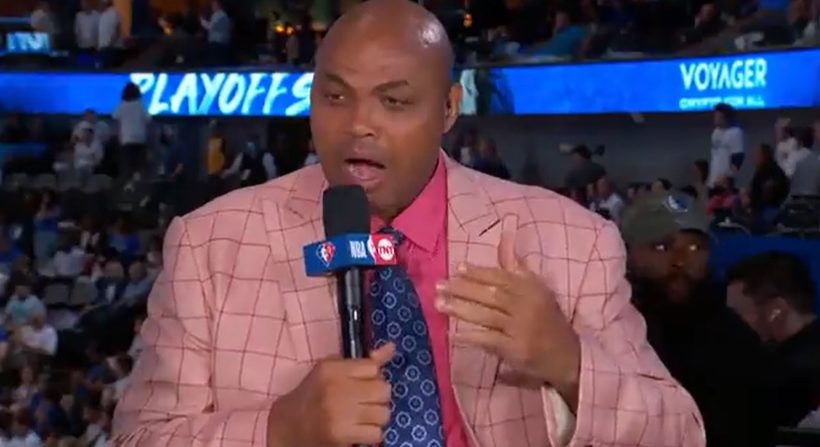 It’s clear by this point that Charles Barkley does not care for fans of the Golden State Warriors, or the city they play in, San Francisco. Game 4 of the Western Conference Finals between the Warriors and Dallas Mavericks on Tuesday night gave Barkley a unique forum to express his views.

The start of the second half experienced something not often seen in the NBA — a rain delay. It was raining so heavily in Dallas that the roof of the American Airlines Center leaked, getting the floor wet. The delay gave TNT’s Inside the NBA crew a longer halftime show than normal. Barkley did not waste the opportunity, pleading for the rain in Dallas to make its way to San Francisco to wash out what he called the filthy part of the City by the Bay.

Speaking as someone who was born in San Francisco and lives in the Bay Area, Barkley is not entirely wrong. The hotel he’s referring to is likely in Nob Hill, which is one of the ritziest, upscale neighborhoods in not only San Francisco, but all of the United States. It’s not far from the Tenderloin — which is not. In fact, with a good tailwind, one could throw a tennis ball from parts of Nob Hill and come pretty close to the Tenderloin.

Unfortunately for Barkley, at least one more trip to San Francisco may be in the cards. The Mavericks held a big lead on the Warriors at halftime and opened things up even more in the third quarter of Game 4. So, while Barkley has been pulling for Dallas, he should find himself rooting for Golden State in Game 5. If the Warriors win that game, he won’t have to risk yet another trip to San Francisco for Game 7.