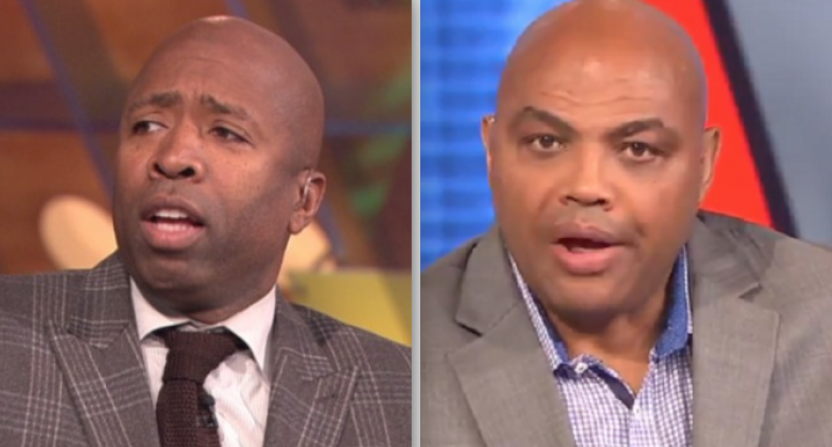 NBA players deciding not to participate in playoff games to protest the Jacob Blake shooting in Kenosha, Wisconsin was already a powerful statement that made national news headlines in late August.

But for viewers of TNT’s Inside the NBA, the punctuation mark may have been when Kenny Smith opted to walk off the pregame show (on Aug. 26), saying “it’s best for me to just support the players and not be here tonight.”

Smith then took off his microphone and left a surprised Ernie Johnson, Shaquille O’ Neal, and Charles Barkley on the set. All three of Smith’s colleagues appeared to support his move, though maybe they couldn’t believe what was happening.

Yet in an interview on The Ringer’s Winging It with Vince Carter podcast (hat tip to Space City Scoop), Barkley acknowledged that he wished Smith would have told everyone involved what he intended to do.

“I was pissed at Kenny,” said Barkley. “Because I didn’t think he should’ve walked off. He should’ve told us in advance. Because I had just said that it was bogus what the Milwaukee Bucks just did to the Orlando Magic. They didn’t tell them. And then like 30 seconds later, he did the exact same thing.

“I had no problem with him walking off. He should’ve told us so we could’ve prepared. The show was like, ‘Uh-oh.'”

Barkley went on to explain that he thought the Bucks’ decision put other teams scheduled to play that day in an awkward position of having to respond to what happened and looking bad if they played. Had everyone involved discussed the protest, players on the Bucks, Magic, Rockets, and Lakers could have presented a united front.

Presumably, Barkley felt the same way about the Inside the NBA crew. Had Smith revealed what he intended to do, perhaps one or more of his colleagues would have joined him. Yet that also could’ve created a difficult situation and made it impossible to do the program. Instead, the show went on with Johnson, O’Neal, and Barkley. Maybe that’s what Smith had in mind.

Yet Smith walking off the set was also a more powerful moment because of its apparent spontaneity. Had it been more organized, the moment likely wouldn’t have been as notable. Ultimately, the show didn’t have to suffer because Smith left in protest. And it was important for Inside the NBA to be on that night, to report on and discuss the player protests and their desire to speak out against racial injustice.

Meanwhile, Barkley is facing controversy for his remarks during Thursday night’s pregame show regarding the Breonna Taylor grand jury decision.

“And I just feel bad that the young lady lost her life. But we do have to take into account that her boyfriend shot at the cops and shot a cop. So like I say, even though I am really sorry she lost her life, I just don’t think we can put this in the same situation as George Floyd or Ahmaud Arbery.”

O’Neal agreed with Barkley, who went on to criticize the “Defund the Police” movement.

Charles Barkley on defunding the police "Who are black people supposed to call Ghost Busters when we have crime in our neighborhood? We need to stop the defund or abolish the police crap" pic.twitter.com/uEIsnX729g

Those comments caused an uproar on social media. Maybe he’ll be appearing on another podcast to discuss how that moment went over on set.