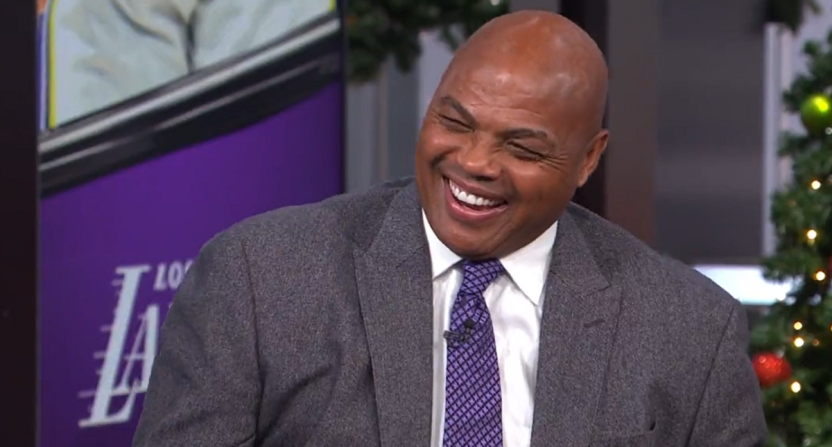 The Lakers and Celtics played a fairly entertaining game late last night on TNT, with Boston prevailing in overtime.

The loss dropped Los Angeles to 11-16 and a tie for 12th in the West. Los Angeles currently sits 2.5 games behind the tenth and final playoff/play-in position. They’re objectively not a good team, sporting a negative point differential despite Anthony Davis finding superstar form for most of the season.

In a mid-sized or smaller market, or even in a larger market that isn’t New York or Los Angeles, the Lakers wouldn’t be on national television constantly, but last night’s loss was on TNT (as many have been so far.) For Charles Barkley, it was finally one example too many of an issue that’s bothered him this season.

"It just makes me sick. I don't know who's worse: us or the clowns on other networks… we must get a bonus every time we talk about the Lakers. The Lakers stink."- Charles Barkley ?? pic.twitter.com/pWLRZIZ82I

Chuck often functions as a voice of reason, but rarely have I ever found myself fist-pumping along with him to this degree. (With the possible exception of whenever he roasts Justin Thomas during broadcasts of The Match.) The entire NBA content ecosystem spent the run-up to last season wondering how Russell Westbrook would fit with LeBron and Davis. It didn’t go well, the Lakers sucked, and they missed the playoffs after finishing 11th in the West.

That should have been enough for the content mill to back off the Lakers as anything interesting. Instead, a dominant offseason storyline heading into 2022 was whether Westbrook would be traded. (It was fun being a fan of the Indiana Pacers and having their entire discourse essentially be hijacked by this possibility. The Pacers are probably a better team right now and are certainly a more fun team despite being way under the salary floor!)

The entire thing is a great example of one of the most annoying things about a lot of NBA coverage: focusing on anything other than actual basketball happening on the court. It’s an impossibly reductive and ultimately a repetitive cycle of nothing. But because they’re the Lakers, they get treated as if they’re relevant.

Barkley went so far as to jokingly call it a conspiracy on the part of Turner and other networks to close out his rant.

"Its a conspiracy. …The Lakers are awful. …We don't talk about no other 12th seed"

Charles Barkley doesn't like having the Lakers on national TV ? pic.twitter.com/EppLhH3aj2

The end of that clip, with Barkley’s face lighting up as Ernie Johnson informs Chuck that this is the last time they’ll have the Lakers on TNT “this year”, is perfect. Calendar year, yes. But come 2023, there will still be plenty of Lakers games for Barkley to sit through. They’re back on ESPN this Friday!

This is obviously how it works, obviously, but even in the world of favoring big market teams with star players, the Lakers are a special case. It’s nice to see someone like Barkley willing to point that out in a big spot, even if the rest of the panel wasn’t that interested in hearing it.