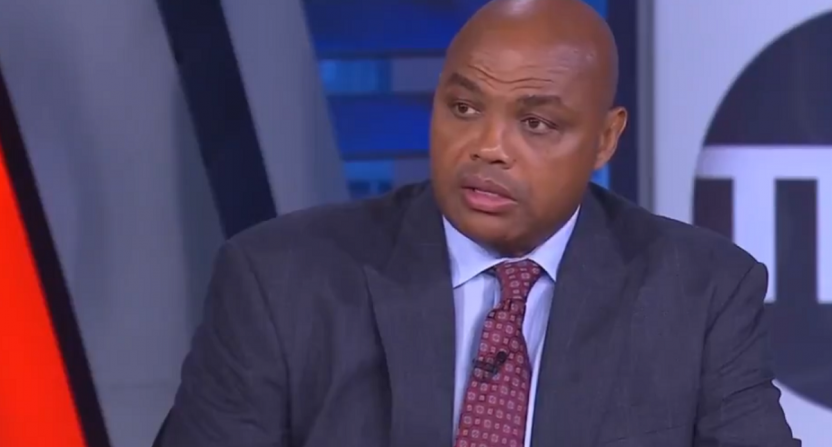 Anthony Davis didn’t play last night due to a groin injury, and the Lakers were blown off the court by the Suns in Game 5, 115-85.

That puts Los Angeles down 3-2 in the series, and it further demonstrated the importance of Davis to the Lakers. That was already fairly obvious, of course, but watching a Suns team absolutely run them (including a second quarter that saw LA score just 10 points) it really reinforced that fact.

Davis has battled a variety of injuries all season, and indeed some new ones that have popped up just in the the last few games. Here’s the basic NBA.com breakdown of his status last night, for example:

The Los Angeles Lakers ruled out Anthony Davis for Game 5 vs. the Phoenix Suns due to a strained left groin.

Davis tested his groin on the court about an hour before tip-off, mostly attempting jumpers very little running or activity.

Davis left Game 4 at halftime with the injury and was ruled out early in the third quarter. He was also battling a left knee injury that he suffered in Game 3.

All of that is to say that Davis has been banged up left and right, and it’s made a first-round exit for the defending champs very plausible.

It also led to Charles Barkley unveiling his new nickname for Davis on the Inside the NBA set last night:

Barkley’s face at the end when he drops “I call him Anthony ‘Street Clothes’ Davis” is great. Among on-set reactions to that, Draymond’s palpable lack of interest in chiming in there is good, Ernie’s bewilderment is better, and Shaq’s affirmation at the end is the best.

Does Barkley have a point?

This year, he certainly does, although whether or not it’s fair to call out a player for injuries is another matter. Davis played just 36 games this season, and while a lot of regular season DNPs can be excused with “If it were the postseason he’d be playing”, it’s now the postseason, and he’s not playing. Clearly all the missed time and load management throughout the year hasn’t really paid off.

For the sake of an entertaining series, hopefully Davis can be back out there tomorrow night for an elimination game.