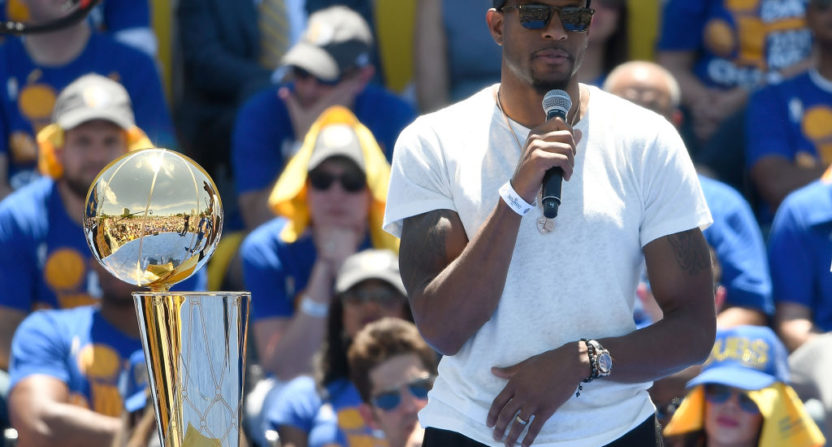 One of the most interesting and hatable things about the Golden State Warriors is that they’re basically a VC-backed tech company that both has great ideas and has an owner who thinks way too much of himself.

The team is taking on the Silicon Valley persona, too. According to The Wall Street Journal, Andre Iguodala is working with a streaming service called Cheddar to produce a late-night talk show that they hope to sell to Netflix, Amazon or something of the like.

It’s unclear what, exactly, the show will be about, but it seems like it will cover whatever Iguodala is interested in, which is cool.

He said he plans to interview cultural influencers from tech, sports and business, and may tap his Silicon Valley connections to interview startup founders. He also plans to have a cooking segment on the show. “I’m a foodie,” he says. “If you look at a lot of the diseases the body goes through and the reasons, the majority of it has to do with our diet. I’m still doing more and more research.”

It’s always good to see athletes pursue their interests outside of sports, and now, they have the ability to reach more people through new media. Hopefully, the show is interesting and engaging once it launches.