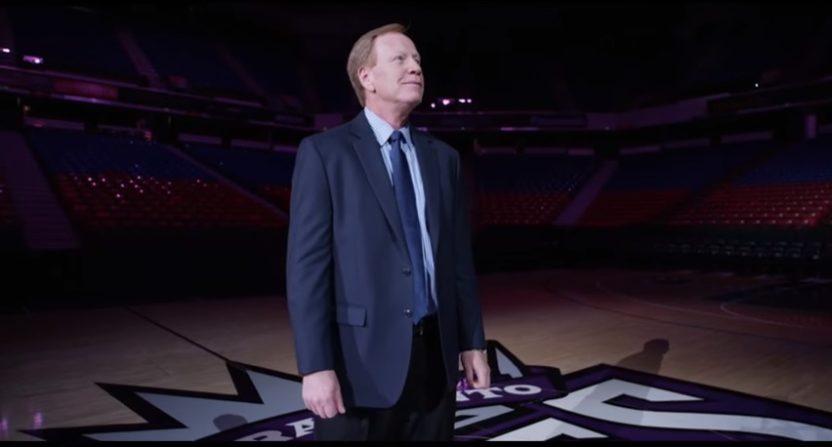 The Sacramento Kings franchise has played in California’s capital for 33 years, and Jerry Reynolds has been involved with the organization in one capacity or another for every one of them.

But on Wednesday, Reynolds, 74, revealed that he has stepped down as the team’s color commentator after 20 seasons in that role. According to NBC Bay Area, Reynolds will contribute to Kings coverage on both NBC Sports California and Sports 1140 KHTK radio but will relinquish his regular role.

“I feel like this is the time for me to make a transition in my career. I just don’t feel like I have the interest or the capabilities to be a full-time employee, as much as I’ve enjoyed my time with the Kings,” Reynolds said on The Kings Insider Podcast on NBC Sports California.

Per NBC Bay Area, Reynolds will be replaced in the booth by former Kings guard Doug Christie.

Reynolds’ career with the Kings has been truly remarkable. He joined the franchise when it was still in Kansas City, then followed the team to Sacramento, where he wore a number of hats. He went 56-114 as head coach from 1986 through 1990 and also took turns as assistant coach, general manager (of the Kings and later the WNBA’s Sacramento Monarchs) and director of player personnel. He has served as a television analyst for the team for the past 20 years.

The Kings will reportedly play a video tribute to Reynolds during Wednesday night’s season finale against the Houston Rockets. Given how much Reynolds has meant to Sacramento fans over the past three-plus decades, it could be an emotional night. As Akis Yerocostas wrote on the Kings blog Sacramento Royalty…

For many, like myself, it’s hard to imagine the Sacramento Kings without Jerry Reynolds. He’s been with us through the ups and a whole hell of a lot of downs. He has made blowout losses entertaining, shared our silly nicknames for players (and made a bunch on his own), and never stopped telling it like it is. But for Jerry Reynolds, announcing his retirement on the eve of the season with absolutely no build up seems fitting.

Bon Voyage, Jerry. It won’t be the same without you.