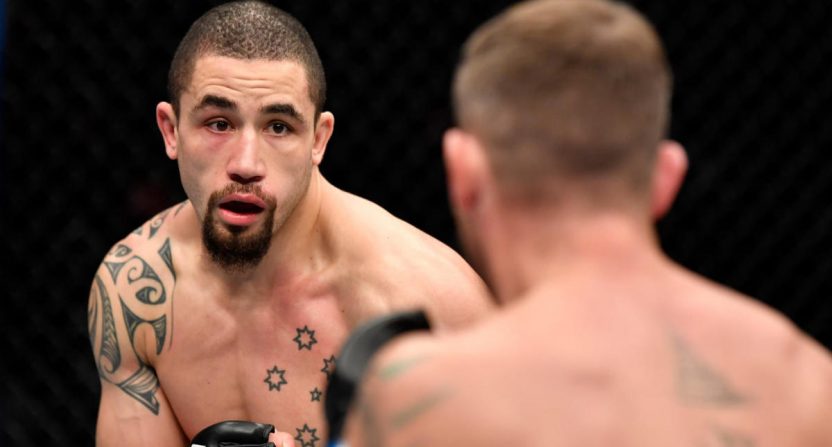 Since Robert Whittaker won UFC gold by beating Yoel Romero in Las Vegas back in 2017, there have been plenty of Australians pushing to match that feat. Shellharbour’s Alex Volkanovski managed it in 2019 and there’s a woman from the Gold Coast striving to be the best in her respective division. But what does 2021 have in store for fighters from a country where MMA is thriving? Let’s talk about three of the very best at their craft and what 2021 holds for them.

What a year this man’s had. He won the UFC Featherweight title last December after a unanimous points victory over former champ Max Holloway, and he followed it up with a split decision in their rematch back in July.

Will we see the trilogy? Fans and pundits believe so. The rumors are that the fight is in the pipeline, we’re just waiting for a date as Holloway has to get past Calvin Kattar first in January. The only time Kattar’s been finished in his MMA career was way back in 2008. He lost via submission that night, so it’s not going to be an easy night for the Hawaiian.

As for the current champ, Volkanovksi may wait for the winner of this bout before fighting again. He averages two or three fights a year, so one around late spring and another towards the end of 2021 could be how it plays out for the Australian. Many expect him to hold on to his title going into 2022, but as we all know, anything can happen.

Since losing the UFC Middleweight crown in October 2019 to Israel Adesanya, the road back to Robert Whittaker has been a great one. He’s bounced back with impressive wins against Darren Till and Jared Cannonier.

But what’s next? Surely a rematch with Adesanya should be his next fight? The Australian vented his frustration in a recent interview surrounding the matchup:

“He twisted my words around. I think because he had his own designs and the UFC—When I say ‘he’ I mean him and the UFC as an organization, I understand that Dana White doesn’t personally want to do things. Or maybe he does, who knows? – but I think they wanted [Adesanya vs. Blachowicz]. That’s a money fight for them. That’s a fight they wanted to push and that’s the only reason I can see that.”

With Adesanya now contemplating a move up in weight, Whittaker could face Paulo Costa early next year in his next fight. It’s one that would excite the fans, but you feel it’s not one the Australian feels he deserves. He wants a title shot and a title shot only. Whenever he eventually gets that chance, expect him to grab it with both hands. The Reaper could well have a belt round his waist before 2021 is out.

Let’s also not forget that The Ultimate Fighter is returning in March. With competition in the Middleweight division being a main focus, could we see Whittaker as one of the coaches? Potentially with Costa as the other coach? Watch this space.

Queensland’s Megan Anderson is all set for her title shot. She could have been a champion already but her fight with Amanda Nunes, which was set for December 12th, was called off after Nunes got injured. Thankfully, it’s been rescheduled for March 6th at UFC 259.

With only one fight under her belt in 2020, Anderson cannot wait to get back in the octagon and fight for the belt. She’s enjoyed two convincing wins since suffering a setback against Felicia Spencer back in May 2019. Her latest KO victory against Norma Dumont Viana earned her a performance of the night bonus.

If Megan Anderson can upset the odds against Amanda Nunes, 2021 is going to be a great one for the Australian. However, it’s worth noting that Nunes is on an 11 fight win streak and is showing no signs of slowing down. Defeat to the champion in March would simply mean Anderson will need to improve her game and work her way back to a title shot. But the fact the 30-year-old Brazilian Jiu-Jitsu purple belt is getting a chance to beat the best tells you all you need to know about her future. She’s got years left in the fight game if she wants it and that UFC Gold is in sight. Just maybe not in 2021.