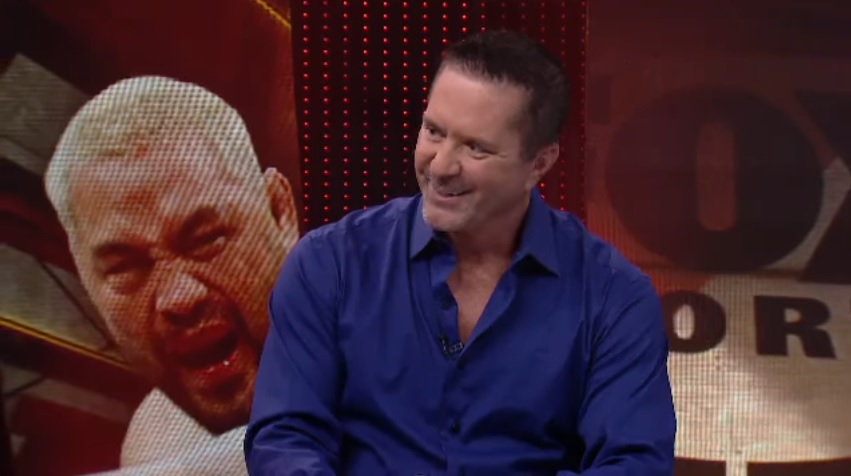 The UFC decided to part ways with play-by-play man Mike Goldberg after 20 years of service to the organization following last month’s UFC 207 event. While the future of UFC announcing is still unknown (although somewhat rather incredibly Jim Rome’s name has been speculated about as Goldberg’s replacement), Goldberg is opening up about his feelings regarding leaving the post that he’s occupied for the past two decades.

Goldberg spoke with MMAFighting.com about being let go by the UFC and there’s several quotes from the interview that stand out. Goldberg says he was in shock over the UFC’s decision and talks about how many other longtime employees throughout the company have been let go in the transition of ownership from Zuffa to WME-IMG.

However, perhaps the one thing that stands out above all is that Goldberg says UFC head honcho Dana White never bothered to reach out to him about the decision and has still not spoken with Goldberg since news of his departure was made public.

Goldberg admitted that he was still bothered by one aspect of the way things went down in December. Despite giving 20 years to the company, Goldberg said he never once heard from UFC president Dana White about the UFC’s decision, and that he had not spoken to White since everything went public at UFC 207.

“No conversations, no contact. Nothing, really,” Goldberg said. “Nothing. Which was surprising. Disappointing, certainly. But nothing was said, and I’ve got to live with that. At the end of the day, what matters to me is my family, my children. But no, to answer your question directly, there was no conversation. Nothing at all.”

When asked if he was surprised by that fact, considering the length and history of the relationship between he and White, Goldberg admitted that he wasn’t quite sure.

“How do you answer that really?” Goldberg said. “What’s more important to me is my character. I’m just going to stay strong, and I’m going to think about myself and the professional that I am and my character. I don’t think there’s any way to answer that without it being somewhat controversial or somewhat angry, so I’ll leave that one alone. But certainly, I’ll tell you this: that I’m a team guy and I love the UFC brand, and I represented it in the way that I was asked to for two decades, and of course, about 15 years with Zuffa. So yeah, when you carry the flag the way you’re asked to, yeah, it was somewhat of a bummer, to say the least.”

Whatever you think about Goldberg or his play by play skills, doesn’t someone who’s given 20 years to an organization deserve at least the courtesy of a phone call from the boss? Dana White has never seemed like the chummiest guy to work for, but if indeed that’s true, it’s a pretty unfortunate thing to have happen to someone who has been the front-facing voice of the company for two decades.

As the UFC and MMA have been transformed from a curious sideshow that people tried to outlaw to one of the fastest growing sports in the country, it was Goldberg who provided much of the soundtrack to the UFC’s growth.

Goldberg didn’t get a proper goodbye on his final UFC telecast either:

While he had his critics over the years, there is zero doubt that Goldberg served a major cog in the UFC machine for nearly two decades. His many catchphrases helped to define the organization, and he was an omnipresent figure for many of the UFC’s most historic moments.

That is one of the reasons why Goldberg’s final night at UFC 207 left such a bitter taste in the mouths of many observers within the MMA community. Rather than preparing a tribute for its longtime commentator, the UFC made no mention of Goldberg’s impending departure on the UFC 207 broadcast and Goldberg was given zero time to offer his thanks for everything over the years. That left Goldberg with no recourse but to quietly reflect about his road once the cameras turned off and UFC 207 was in the history books.

“We all sat there as the building was cleared, and we actually all got in the Octagon and did pictures,” Goldberg reflected. “Joe and I had a couple of big hugs. There were tears. There was confusion. Disbelief, for sure.

What will be next for Goldberg? Well, we probably know it won’t be, and that’s the NFL on Fox. Goldberg’s NFL debut went so poorly that Fox pulled him after one game when he went on expletive-laden rants at critics on social media. There are other MMA promotions he could go work for outside of the UFC.

One option that could be intriguing is WWE. There were even reports about a decade ago that WWE made him an offer to come be a ringside announcer. With current lead announcer Michael Cole reportedly taking a step back to a behind-the-scenes role at WWE in the near future, perhaps Vince McMahon will reach out to Goldberg once again.