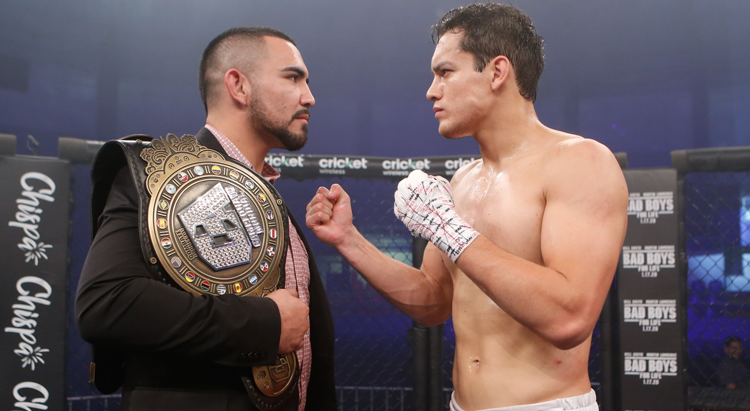 MMA promotion Combate Americas has been drawing some impressive ratings for their Univision broadcasts over the past few years, and the latest case of this is from their event this past weekend in Mexicali, Baja California, Mexico, which was their first show of 2020. The main event there saw Rafa “Gifted” Garcia (12-0) of Mexicali succeed in defending his world lightweight (155 pound) title against Humberto Bandenay (18-8, 1 NC) of Lima, Peru, the winner of the 2019 Copa Combate tournament. And it brought in 511,000 viewers overall, with 274,000 of those (a record for the promotion) in the coveted adults 18-49 demographic. Here’s more on that from their release:

Combate Americas’ performance made it the second-most watched event since the Hispanic MMA sports franchise premiered on Univision in April 2018.

Those are some notable numbers indeed, especially for something starting at 12 a.m. Saturday morning. And the demographic performance is perhaps particularly impressive, as that’s what advertisers are often most concerned with. McLaren (who was a key early UFC figure) told AA last August that their numbers incorporate a lot of younger and newer fans, which he ascribes partly to their focus on quick matches, and they look even better if you go beyond the 18-49 range.

“We’ve commissioned Nielsen to do very deep dives on our audience. Preliminary research from the Univision audience was over 90 percent didn’t watch MMA before Combate, so that’s pretty spectacular. Univision also has an established reputation for being an unduplicated audience, folks watch things on Univision they don’t watch other places. So I think Univision’s unduplicated audience base and the fact that we’re fan-friendly to new fans, that’s what I think is growing it. So when you see the half a million, 400-500,000 people at midnight, spectacular ratings, if you keep in mind that those are new fans, I think that’s a particularly powerful statement to Combate’s success. It’s not only our fighters that are the future of the sport, our fans are the future of the sport.”

…”When I did the UFC 25 years ago, we attracted a lot of young people. But our TV research says our average age is 27 and the UFC’s average age is 47. So our audience watches things on the phone, our championship fights are three rounds, we’ve been experimenting with one-round, five-minute fights because young people like highlights rather than the whole thing. I think what I wanted to do was just re-imagine the whole sport of MMA and not just say that, but actually present a very new and different product. And I think that’s something I’ve accomplished.”

It’s certainly significant that Combate Americas continues to draw well overall in these midnight ET windows on Univision, and this one is perhaps particularly notable for being the second-largest Univision audience they’ve landed since striking a deal with that network in April 2018. And the overall audience is a bit larger still; while Univision was the main focus here, this event also saw Spanish-language coverage on TUDN and English-language coverage on AXS TV. The numbers here are also particularly interesting for the size of the young audience Combate Americas pulled in. We’ll see where they go from here ratings-wise.