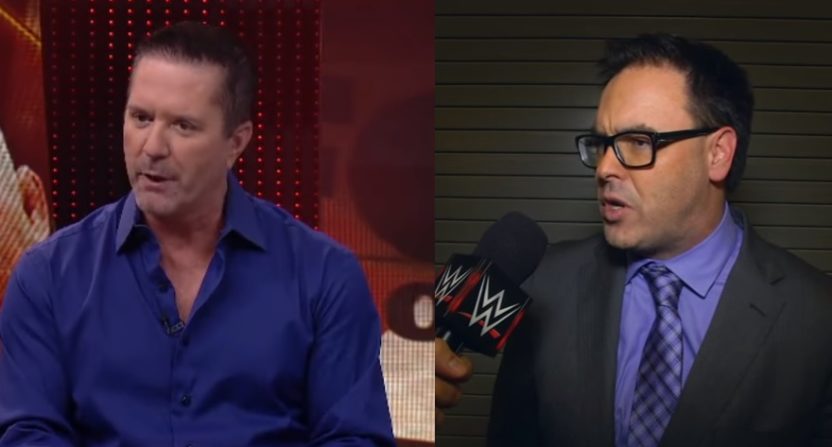 On Monday, Bellator MMA play-by-play commentator Sean Grande announced he would be leaving the company after two years. The initial appointment of Grande was a bit controversial, as he was an MMA neophyte replacing the established Sean Wheelock.

Bellator announced the replacements for Grande on Tuesday, and “neophyte” isn’t a word that would be used to describe either of the men – former UFC play-by-play man Mike Goldberg and ex-PRIDE/WWE commentator (among other stops) Mauro Ranallo.

“Mike Goldberg and Mauro Ranallo are two of the best in our business and I couldn’t be happier about them joining the Bellator family,” said Scott Coker. “In addition to June 24, we look forward to working together to make future Spike broadcasts even more exciting for our fans as we add further depth to an already-exceptional broadcast team.”

“The addition of highly-regarded announcers Mauro and Mike to our fantastic lineup of broadcasters, and our first-rate production led by Scott Fishman, further demonstrates our commitment MMA fans and expanding the global Bellator brand,” added Spike SVP, Sports and Specials Jon Slusser.

Goldberg’s long run with the UFC ended at the end of 2016, with the UFC opting to go in a new direction (which for now, is just the accomplished Jon Anik, though rumors circulated about Jim Rome eventually replacing him), apparently without UFC President Dana White personally talking to Goldberg about the decision. Goldberg also had a disastrous one week stint as a broadcaster for the NFL on Fox in 2014, which quickly went viral when he lashed out at critics on Twitter.

Ranallo last worked for WWE, and his initial debut as Smackdown commentator received positive reviews. But his role had continued to diminish, and he left the company earlier this year as rumors of a bullying controversy circulated.

Both Goldberg and Ranallo will debut during Bellator’s show at Madison Square Garden on June 24th, though the composition of the broadcast booth is unknown. Bellator did note that long-time analyst Jimmy Smith will return, along with Jenn Brown and Chael Sonnen, though not if he would be working with both Goldberg and Ranallo during the MSG show. If I had to guess, I would assume Bellator would be keen on a three-man booth featuring Goldberg, Ranallo, and Smith, with Ranallo serving as a second analyst like he did during some of his StrikeForce stint.

All in all, these are a pair of wise hires by Bellator. Goldberg isn’t the most well-liked broadcaster among MMA fans, but he’s a familiar voice, that at the very least, knows what’s going on. Ranallo is a home run hire that will add credibility and entertainment value to Bellator’s broadcasts. You can’t ask for much more than that, right?