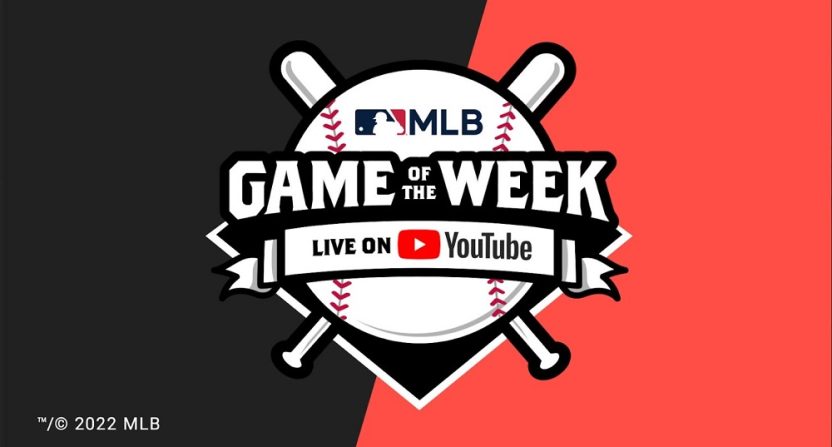 On Thursday, YouTube announced that their package of exclusive MLB games would return in May.

The 15-game package will be called by MLB Network’s Scott Braun and Yonder Alonso, with Siera Santos hosting the half-hour long pregame show. Seven of the games have been announced, and all are weekday games with afternoon start times.

Here’s the announced schedule, which begins with Nationals-Rockies on Thursday, May 5th.

A variety of bells and whistles are also included in the live game coverage.

Several only-on-YouTube features will also be part of the broadcast productions this season, including the return of the live chat featuring game commentary from MLB superfan YouTube creators. In-game polls that keep fans engaged and connected with the announcers throughout the game will also return. Fans watching on YouTube TV with a membership will also have the ability to re-watch key plays tied to the exact moment they are watching, and check out real-time stats from the game.

The MLB YouTube package started in 2019 with 13 exclusive games, falling to four in the pandemic-shortened 2020 and expanding all the way to 21 last season.

So to confirm, that’s exclusive games on YouTube, Apple TV, Peacock, ESPN, and Fox, with non-exclusives on TBS, MLB Network, and FS1, and non-national games airing on RSNs.

That’s a lot of broadcast partners! I’d argue it’s not as critical of an issue because of the way technology has advanced with TVs and streaming services, but it’s still disappointing to have to check the schedule each day to make sure you’re tuning in to the right service or network.