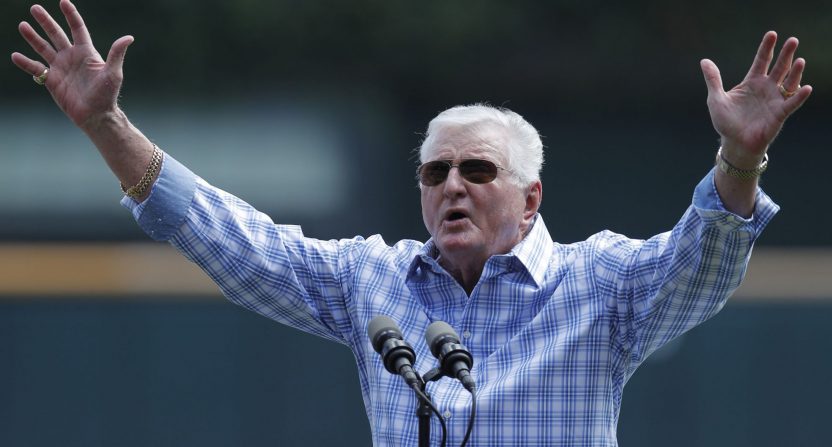 In what seemed like a slam dunk following his retirement as an active broadcaster, the 2020 Ford C. Frick award is going to long-time White Sox broadcaster Ken “Hawk” Harrelson.

Harrelson reacted to his honor in this video posted by the White Sox.

Hawk's call from the Hall!

Harrelson was a broadcaster for 43 years, 34 of which came with the White Sox. He was selected as this year’s winner by a committee of 15, made up of the 11 living former winners of the award (including Marty Brennaman, Bob Costas, Tim McCarver, Jon Miller, Vin Scully, and Bob Uecker, among others) and four baseball historians.

The Hall of Fame describes the Frick Award as being awarded for a broadcaster’s “major contributions to baseball”. There is now a three-year cycle of different broadcaster categories honored: Major League Markets (which Harrelson represents this year), Broadcasting Beginnings (represented by last year’s winner, Al Helfer, who worked for eight different teams between 1933 and 1969), and National Voices (this category will come up for voting again next year, and was represented by Bob Costas in 2018). Next year’s National Voices ballot will be interesting: among those who lost out to Costas two years ago were Joe Buck, Al Michaels, and Joe Morgan.

We’ve been (perhaps unnecessarily) plenty critical of Hawk throughout this site’s history, but based on his decades of service, this is a deserved honor. MERCY!