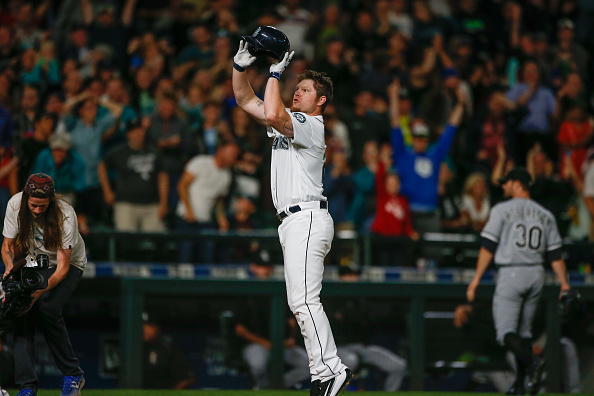 Things are not going well these days for the Chicago White Sox.

They entered play on Monday night with losses in four straight games, to last-place teams (the Angels for three games, the Braves for one game). And they scored only ONE run over those four games.

Well, they actually scored three runs on Monday against the Seattle Mariners at Safeco Field. They took a 3-0 lead into the bottom of the ninth… and lost 4-3.

Watch Seattle’s Adam Lind hit a three-run homer off White Sox closer David Robertson to win it for the Mariners with two outs in the ninth:

#Lindsanity in the ninth once more. What a finish. #GoMarinershttps://t.co/XM4iOllKx2

The White Sox are the 1st team to lose when starter goes 8+ IP and allows 1 hit or fewer since Tigers in 2014. pic.twitter.com/DnoOrZCCQN — SportsCenter (@SportsCenter) July 19, 2016

The Mariners had been in a bit of a funk themselves, so this was a massive win, putting them back over .500 at 47-46. They now lead the majors in walk-off home runs this season, with five:

Lind is now the first player to hit multiple walk-off home runs with his team trailing by multiple runs in a season since David Ortiz in 2006:

#Mariners Adam Lind is the first player with multiple walk-off HR with his team down two or more runs in a season since David Ortiz in 2006. — Ryan M. Spaeder (@theaceofspaeder) July 19, 2016

So, what a huge win for the Mariners, and an absolutely crushing loss for the White Sox. Chicago is now 45-47 and playing their worst baseball of the season. It would probably be wise for them to be sellers, but we’ll see if Jerry Reinsdorf will actually admit that.

The White Sox finally have a clear direction for this season. This team should be selling. Jerry Reinsdorf may think otherwise.

So painful, #WhiteSox. Take it as a sign of clarity. Move some pieces, while you understandably keep the SP core. Please know you’re toast.

The White Sox are done as far as the playoffs go. You have assets to rebuild on the fly but it takes guts to admit you aren’t good enough. — David Kaplan (@thekapman) July 19, 2016