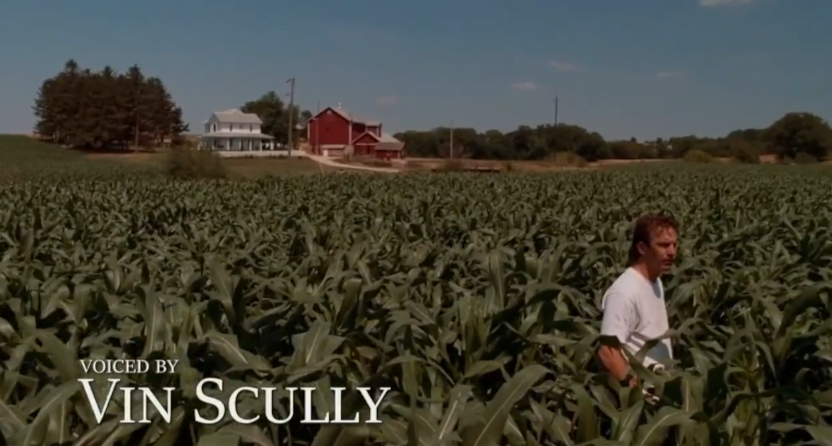 Over the years, we’ve seen a lot of use of a clip of famed broadcaster Vin Scully narrating the noted “People will come” speech from the 1989 movie Field of Dreams, a speech originally voiced by James Earl Jones in the film. In 2016, MLB put out a video on this showing memorable moments in (actual) baseball history synced up with Scully’s narration, and that audio’s shown up a lot since then. A notable recent example comes from Fox Sports’ MLB At Field of Dreams game (Cubs-Reds) coverage Thursday, which used that Scully audio over a new video montage:

The legendary Vin Scully recites the famous scene from the Field of Dreams movie ?? pic.twitter.com/vLf7Ef8QdE

This was perhaps particularly poignant following Scully’s August 2 passing at 94. And it drew a lot of notable reactions:

Nice tribute to Vin Scully on FOX ahead of Field of Dreams game. Scully's impact on the sport reached every corner of every baseball field.

As good as it gets, voiced by the late Vin Scullypic.twitter.com/0gwfjaSSZv

Fox’s broadcast also had analyst Alex Rodriguez speak about his past interactions with Scully:

"Watching him in the booth, I was in awe. He was such a gentleman." @AROD looks back on the time he was able to meet Vin Scully ? pic.twitter.com/Jip09Ln9Y3

And there were several other touching pre-game moments on the Fox broadcast, including Ken Griffey Sr. and Jr. walking out of the corn together to have a catch:

Ken Griffey Jr and his dad at the Field of Dreams. pic.twitter.com/5QdPjwiS5P

It’s cool that Fox was able to work in this Scully clip, especially after his recent passing. This particular MLB At Field of Dreams event is very much about nostalgia and feelings, and while its future comes with some uncertainty, there’s a lot of interest in the current event. And this was a good way to work Scully, a figure on many baseball fans’ minds right now, into this event coverage.