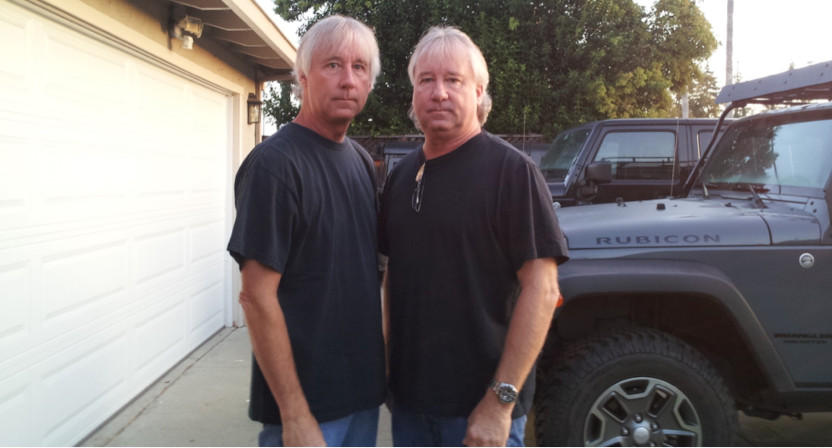 A fascinating internet discussion over the past few decades has been about web domain names that you think would point to a particular professional sports team, but don’t. In 2015, Ben Lindbergh did an investigation for Grantland (RIP) on Twins.com, one of three sites you’d expect to be aligned with teams that actually wasn’t. (The others then were Giants.com, which is about the football team, and Rays.com, which remains held by a Seattle seafood restaurant. Now, Guardians.com, currently for sale, has been added to that mix.) On Monday, Lindbergh gave an important update on this:

Big news via Durland and Darvin Miller, the twin brothers who've owned the website https://t.co/UB1TjDG6JT since 1995 (and whom I wrote about in 2015): They finally sold the URL to MLB, and the address now points to the Minnesota Twins page. End of an era.https://t.co/pfzEfpH3Kz

Lindbergh’s 2015 piece remains a remarkable read, both on Durland and Darvin Miller (seen above) and on why they refused to sell for so long:

I’m Durland,” the door-opener said. “My brother Darvin,” gesturing to the newer arrival. “And we are: The Twins.” He announced it as if they were about to launch into a choreographed dance, or maybe a tumbling routine. Instead, we all shook hands.

The Millers told me that they staked their claim to Twins.com so early that they got it for free. It was the era of Internet land grabs, when all one had to do to rope off a URL was be the first one with the impulse. (They admiringly mention a friend of theirs, Jeff, who “scored,” and still owns, Jeff.com.) “Everybody has known us as ‘the twins’ for as long as we’ve been around, and it’s an easy way to identify or find us,” Durland said. “As soon as you type in ‘twins’ on the Internet, you’re going to see us pop up.” I imagined clients asking for their phone number, only to be told to “just type in ‘twins.’”

…Plenty have tried to pry it away. “I couldn’t even tell you the different domain acquisition companies that have approached us,” Durland says. “They’ll say ‘Oh, there’s a sports team,’ and I’ll say, ‘Oh, let me guess.’” Durland claims that they’ve had offers as high as $750,000, although the biggest ones haven’t been baseball-related, but from “obscure” sources, like “some sheikh in Saudi Arabia.” One would also imagine that the Internet’s less savory elements have given some thought to the URL’s pornographic potential.

…“We’ve just never been approached by anybody directly associated with the Minnesota Twins,” Durland says. “It’s always been through some other party trying to probably broker a deal, or commission a deal.”

That piece also mentions that the Millers (who themselves are Twins’ fans, thanks to their father originating from Minnesota) tried to reach out to the team and offer the domain with “maybe we could work out a deal,” but didn’t receive any follow-up. It’s unclear what changed between 2015 and now; maybe someone involved in this process finally read Lindbergh’s piece and realized that the twins might be more receptive to an offer from the team they follow versus a centralized MLB entity or someone representing MLB, or maybe the twins themselves changed their mind on the utility of holding “Twins.com” going forward and figured now was a reasonable time to cash out. (At least the Millers still have an internet presence with their 1982 song “Video Warrior” from their band Wild Fire, which Lindbergh uploaded in 2015.)

And here’s what Lindbergh added Monday on why this has changed:

I was told only that they were "able to find a broker that helped both parties come to reasonable agreement!"

At any rate, though, this leaves three holdouts for MLB. Those would be Giants.com (which the NFL’s New York Giants presumably are not going to concede), Rays.com, and Guardians.com. We’ll see how long Ray’s Boathouse and whoever currently holds the for-sale Guardians.com can continue to hold out here.