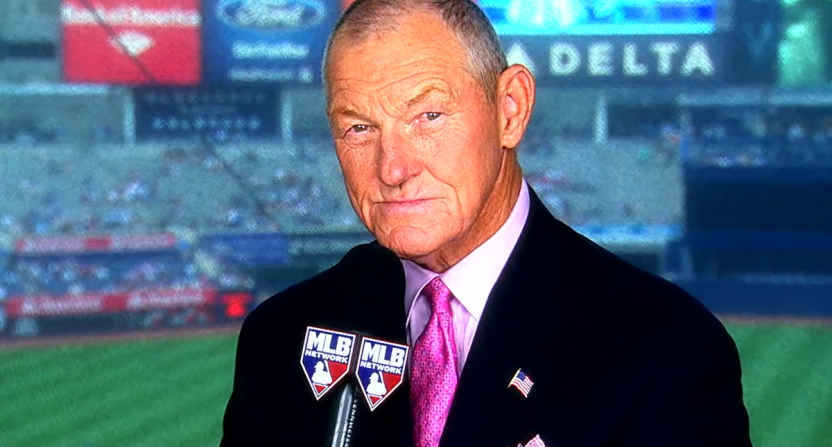 Twins analyst Jim Kaat is no stranger to us here at Awful Announcing, and he’s deservedly back here again today.

Whenever Kaat is trending on Twitter, it’s pretty clear before clicking what sort of thing he’s going to be trending for, and this one was no exception. Calling Twins-Tigers today, Kaat dropped his nickname for Yankee hurler Nestor Cortes in the context of mentioning someone’s favorite pitcher to watch.

Yeah, so, not good! As usually happens with issues like this from Kaat, people tend to point to his age and defend it by saying he meant to use a term inoffensively. Last year, for example, Kaat said he would want a 40-acre field of players built like Yoan Moncada. Kaat might be 83, yes, but there are certain things that just really don’t play.

Casually using “molester” here is certainly one of those things. Did that word have a different meaning for Kaat growing up? Who cares? If it’s your well-meaning grandfather using an out-of-date term at a family gathering, that’s one thing to look past. But on the air calling baseball in 2022 is something else entirely.

Someone needs to tell Jim Kaat that the meaning of the word "molest" has changed a little since when he was born in 1854.

The irony here: Cortes already has a nickname: Nasty Nestor. Which is, first and foremost, a great nickname for a pitcher, but also very much not “molester”, which is maybe the most important takeaway here.

UPDATE: On Friday, Nestor Cortes issued a statement on Twitter in response to Jim Kaat’s remark.

“Hey everybody- Jim Kaat has spent an entire lifetime in this game we love. He reached out to me and apologized for his remark last night, but he didn’t need to. We all make mistakes and feel 100% there was no malice intended. I plan on lifting him up with this tweet and I hope others do too. No sweat here Jim!”