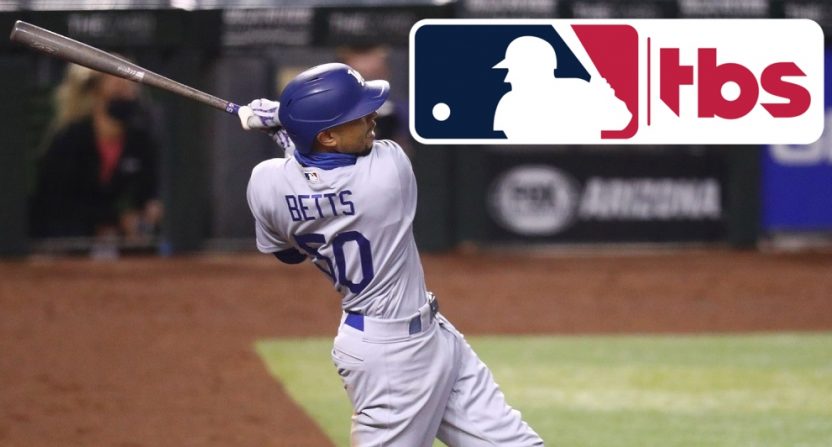 Major League Baseball and Turner Sports reportedly renewed their agreement on a new deal back in June. But the extension is now official, announced just before the 2020 MLB postseason is set to begin.

As originally reported, the new rights deal is a seven-year agreement running through the 2028 season. (Turner’s current MLB contract was set to expire after the 2021 campaign.)

The new package will include more postseason games than any other network will broadcast and a new Tuesday night national telecast. (The Tuesday package will replace TBS’ previous Sunday afternoon coverage. which neither Turner nor MLB were particularly happy with since the broadcast wasn’t exclusive and competed with teams’ regional telecasts.)

According to Sports Business Journal’s John Ourand and Eric Prisbell, Turner Sports will pay $535 million annually in the new agreement. That’s a significant increase (65 percent, to be exact) over what Turner paid per season in its previous agreement ($325 million annually).

From WarnerMedia’s official release, this is what Turner’s new deal with MLB will include:

The mention of “one Wild Card game” raises the question of whether or not MLB will continue its expanded postseason with eight teams in each league and four best-of-three series in the opening round past the 2021 season. But the one Wild Card game which TBS has broadcast will presumably be one Wild Card series in this new format, as is expected for the 2020 playoffs. (ESPN will televise the remaining opening-round matchups.)

Additionally, Turner’s new MLB package includes digital TV Everywhere rights that will allow broadcasts to be viewed online and through streaming services like Roku. Footage and highlights will also be available on Turner Sports’ website and apps such as Bleacher Report. Turner can also produce companion content with its regular-season and postseason telecasts.

The new deal between Turner Sports and MLB follows up the news that TBS is unveiling a new postseason studio show with Ernie Johnson hosting and Curtis Granderson joining Pedro Martinez and Jimmy Rollins as analysts.