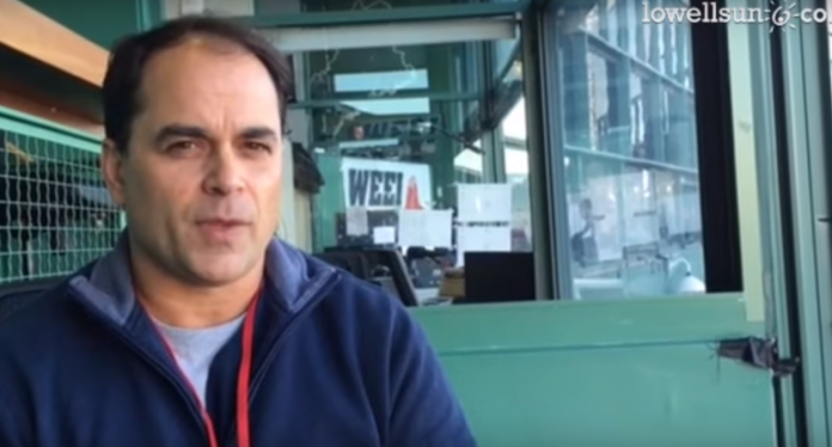 It’s unusual to see a radio announcer leave a team after they win a title, but that’s what’s happening with Boston Red Sox radio play-by-play announcer Tim Neverett, who’s leaving after three seasons calling Red Sox games on WEEI. As per Chad Finn of The Boston Globe, Neverett was told by WEEI executives in June to start looking for another job, and he said “I chose to let my contract expire rather than go back and work for them.” And it seems that some rather unconventional approaches from WEEI management may have played a role here:

Well, that sounds incredibly unnecessary and terrible, and like something that would not work well for the vast majority of fans who want to listen to baseball on the radio. Of course, we don’t have details on what just “more like a talk show” means, and a charitable reading of that could be “Do a game broadcast, but make it more conversational,” but Neverett’s decision to leave and his comments about management makes it seem more likely that WEEI was considering a pretty dramatic change here. It’s also notable that he made it clear this wasn’t about any issue with the team, telling Finn they were “very supportive of me during a very difficult year” and “They wanted me to return. It had nothing to with the Red Sox.”

This is significant on a couple of fronts. For one, this has the potential to be the latest episode in the long-running drama between the Red Sox and WEEI. Back in July 2017, the team took a remarkable step for an organization asked about a rights partner, saying they only had input on their game broadcasts and that the station’s other content was sometimes “offensive and out of line” (in the wake of WEEI hosts questioning Adam Jones’ comments about experiencing racism in Boston). That sparked backlash from then-WEEI hosts Kirk Minihane and Dennis Callahan, both heavily involved in the Jones saga, who called the team’s executives “cowards” for refusing to talk to them about it.

Not long after that, WEEI personnel got into some feuds with Patriots’ quarterback Tom Brady. One notable one came where Brady cut an interview with Kirk and Callahan short thanks to fellow WEEI host Alex Reimer calling Brady’s daughter “a little pissant” on a separate show. The station then wound up in further controversy last February when Christian Fauria used a stereotypical Asian accent to mock Brady’s agent, Don Yee; they suspended Fauria, but that still cost them some sponsors. Oh, and despite implementing mandatory sensitivity training in the wake of the Fauria incident, the station was bashed again by the Red Sox that week, with team president and CEO Sam Kennedy citing “a growing level of concern” with the station and saying “We’ve shared our frustration and disappointment dating back to really last year.” So, you know, that doesn’t sound like the best possible team-broadcaster relationship, especially when it comes to Neverett saying the team supported him and WEEI didn’t.

But beyond that, this is yet another high-profile change at WEEI, and yet another high-profile change with Red Sox announcers. At WEEI, the aforementioned Minihane took mental health leave this summer and fall, citing depression, then tried to return and said management was keeping him off the air. He’s since shifted to parent company Entercom’s national Radio.com platform. With the Red Sox, this is the latest change in their broadcast booths; the last came ahead of the 2016 season, where Don Orsillo was controversially pushed out from TV broadcaster NESN (he landed with the San Diego Padres), Dave O’Brien was moved from the WEEI booth to the NESN booth and touted as an “upgrade” (many fans don’t agree), and Neverett came in from Pittsburgh to fill O’Brien’s radio slot. And while that move had more to do with the team than the broadcast partners and this seems like the reverse, it’s interesting to see yet more drama around Red Sox announcers, and yet more drama around their relationship with WEEI.

What may be really notable here is what comes next, though. We’ll see who WEEI tabs as Neverett’s replacement, and that may indicate a lot about where their broadcasts will go. If they pick another experienced play-by-play voice, there may not be all that much that changes. But if they go a different way and really try to make these broadcasts “more like a talk show,” there could be a lot of backlash, and things could get very interesting indeed.

[The Boston Globe; Neverett photo from Lowell, MA’s The Sun on YouTube]